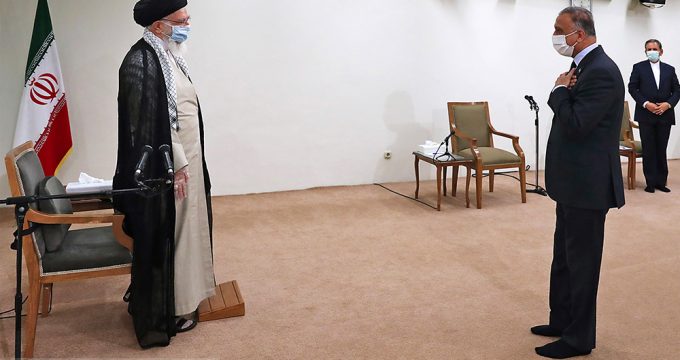 Iran’s Supreme Leader to Iraqi PM: Iran does not interfere in Iraq-US relations

Al-Monitor | Ali Mamouri: During Iraqi prime minister’s trip to Iran, the two countries emphasized on building a constructive relationship based on mutual respect and national interests.

“The relationship between Iraq and the Islamic Republic of Iran is not just a matter of having 1,485 kilometers [923 miles] of common borders, but it is rooted deeply in a long history of cultural, social and religious interactions,” Kadhimi said during a joint press conference with Rouhani.