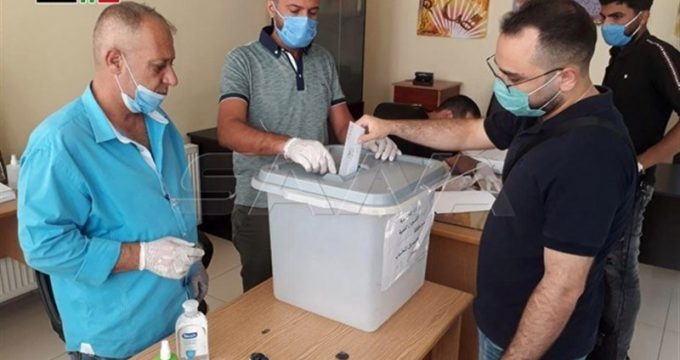 Tasnim – Syria’s ruling party and its allies won a majority in parliamentary elections, results announced by the electoral commission showed.

President Bashar al Assad’s party and allies took 177 seats out of 250 in Sunday’s polls, the third such elections since the start of a foreign-backed war nine years ago, France 24 reported.

Turnout stood at 33 percent, commission head Samer Zamreeq said on Tuesday, down from 57 percent in 2016.

Syrians cast their ballots in over 7,000 polling stations in government-held areas on Sunday, the third such elections since foreign-backed militants pushed Syria into chaos in 2011.

The Syrian government has been able to liberate most of the territory occupied by terrorists over the past years.

The elections, twice postponed from April due to the novel coronavirus pandemic, came weeks after the United States imposed new economic sanctions on Syria under the so-called Caesar Act.

In the last legislative vote in 2016, the Baath party and its allies took 200 of seats in parliament.