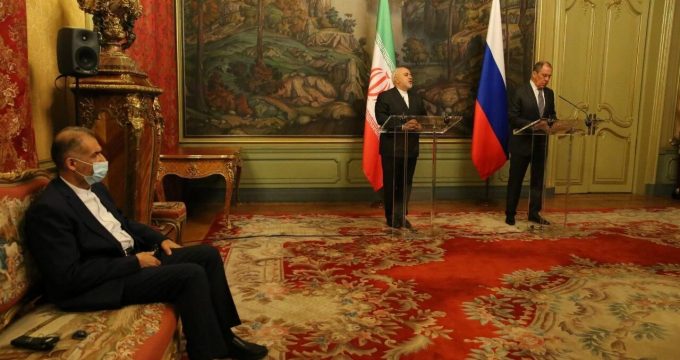 Bolton alleges that Putin told him during their meeting in the Kremlin in June 2018 that Moscow was not interested in Iran’s presence in Syria.

Iranian President Hassan Rouhani unveiled plans to use the foreign currency reserve assets held in other countries in order to control the currency prices at home.

Iranian Foreign Minister Mohammad Javad Zarif on Wednesday announced that he has had a one-hour phone conversation with Russian President Vladimir Putin.

US’ illegitimate presence root cause of regional insecurity: Shamkhani

Secretary of Iran’s Supreme National Security Council Ali Shamkhani denounced the US’ “illegitimate” presence in the region as the root cause of insecurity, calling for concerted action against Washington’s destabilizing activities.

Iranian Parliament Speaker Mohammad Bagher Ghalibaf said that the region will not see security as far as foreign forces are present.

Zarif: Saudi Arabia not interested in equal ties with Iran

Iranian Foreign Minister Mohammad Javad Zarif said Iran was ready to establish good relations with Saudi Arabia but unfortunately Riyadh has shown no interest in having equal ties with Tehran.

Iran’s Health Ministry spokeswoman Sima Sadat Lari said on Wednesday that some 219 more Iranians have died from coronavirus disease (COVID-19) over the past 24 hours bringing the total deaths to 14,853.