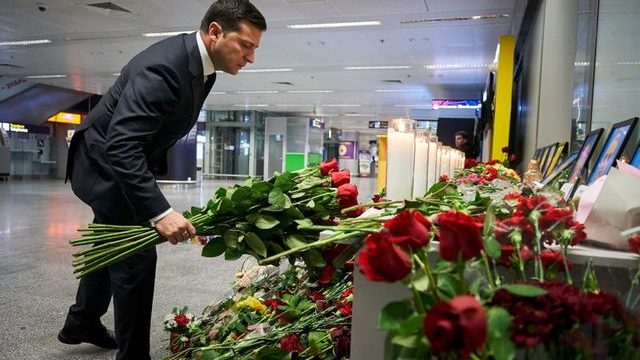 Reuters – Ukrainian President Volodymyr Zelenskiy on Monday said he welcomed Iran’s decision to hand over the black boxes from the crash of a Ukrainian airliner to France, saying those responsible would be held accountable.

Iran’s Revolutionary Guards shot down the Ukraine International Airlines flight with a ground-to-air missile on Jan. 8 shortly after the plane took off from Tehran. Iran later called it a “disastrous mistake” by forces who were on high alert during a confrontation with the United States.

Zelenskiy added that Ukrainian experts would take part in decoding the black boxes, alongside experts from France, the United States and Canada.