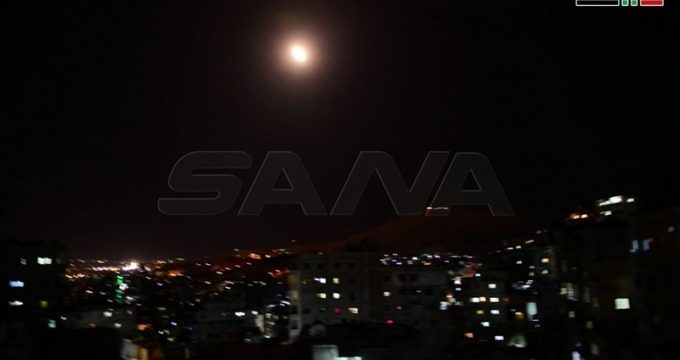 Tasnim – Syrian air defense units intercepted and shot down a number of Israeli missiles over the capital Damascus.

The Israeli missiles had flown over the Syrian Golan Heights where they conducted raids around the capital, SANA reported late on Monday.

Live footage aired by the state TV showed blasts across the skies of the capital.

A Syrian military spokesman says the Syrian air defenses thwarted most of the missiles that targeted southern Damascus suburbs before reaching their targets and inflicted only “material losses”.

There are unconfirmed reports that the target of Israeli missiles was an ammunition depot in Jabal al Mane near the town of Kiswa, allegedly belonging to resistance forces.

The severity of the blasts was heard in the capital and shook windows of several neighborhoods there, according to residents.