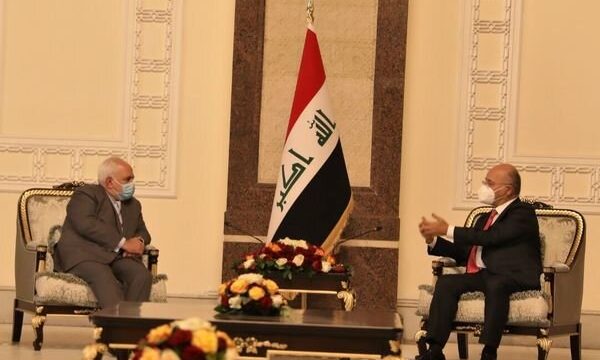 In a joint press conference with his Iraq counterpart Fuad Hussein in Baghdad, Iranian FM Mohammad Javad Zarif underlined the vitality of holding regional and international talks adding that the region needs peace.

Taliban has no offices in Iran, Deputy FM says

Iranian Deputy Foreign Minister for Political Affairs Abbas Araghchi said on Sunday that the Taliban does not have an office in Iran.

The Iranian judiciary has suspended the executions of three men linked to anti-government protests in November, one of their attorneys, Babak Paknia, said on Sunday.

President Hassan Rouhani expressed Iran’s interest in the expansion of relations with Nicaragua.

The foreign ministers of Iran and Iraq weighed plans at a meeting in Baghdad for the joint fight against terrorism and containment of the novel coronavirus.

Iranian President Hassan Rouhani said that the country has the capacity of going through current problems caused by illegal sanctions and the COVID-19 outbreak.

Iran’s Health Ministry spokeswoman Sima Sadat Lari said on Sunday that some 209 more Iranians have died from coronavirus disease (COVID-19) over the past 24 hours bringing the total deaths to 14,188.