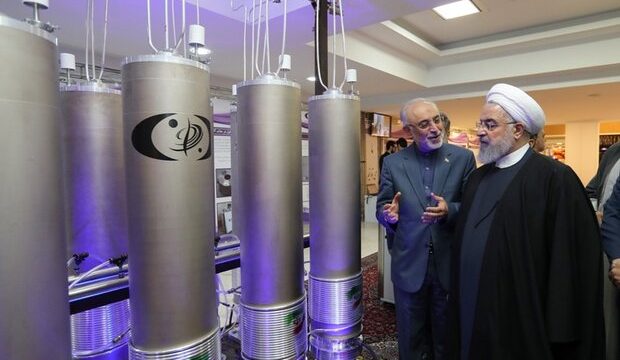 Motion on withdrawal from Additional Protocol meant to give Iran upper Hand: MP

Tasnim – An Iranian lawmaker said a parliamentary motion to cease Tehran’s voluntary implementation of the Additional Protocol of the Nuclear Non-Proliferation Treaty (NPT) is aimed at giving the Islamic Republic the upper hand in the face of the US sanctions.

Speaking to Tasnim on Saturday, Mahmoud Nabavian said the motion to suspend Iran’s voluntary implementation of the Additional Protocol has been submitted to the Parliament’s presiding board.

The purpose of the plan is to give the Islamic Republic the “upper hand” in the face of the International Atomic Energy Agency’s inspections of the nuclear sites, military centers, and sometimes the universities of Iran, he noted, adding that Tehran should have a weapon in confrontation with the US sanctions.

According to the motion, the government will be required to suspend the voluntary implementation of the Additional Protocol and to approve and carry out the inspections “only under the Safeguards” agreements, the lawmaker added.

Nabavian said the plan is going to be discussed at the National Security and Foreign Policy Commission and other relevant commissions.

In September 2019, Iranian President Hassan Rouhani said the country was ready to pursue ratification of the Additional Protocol in the Parliament provided that the US Congress endorses the 2015 Iran nuclear deal and lifts all anti-Tehran sanctions.