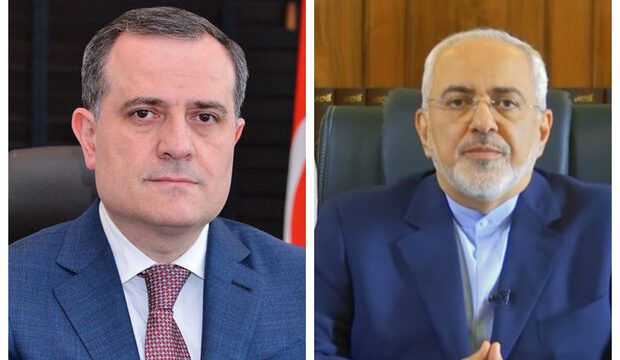 During the telephone conversation, the Iranian diplomat congratulated Bayramov on his election as the new foreign minister of the Republic of Azerbaijan, expressing Tehran’s readiness to boost bilateral ties with Baku.

Zarif also referred to the recent escalation of conflicts between the Azerbaijan and Armenia over the Azerbaijani territory of Karabakh, which lead to the death of a number of their troops.

The Iranian diplomat reiterated Iran’s readiness to mediate between the two neighbors for resolving the conflict.

Zarif had held separate telephone conversations with his Azeri and Armenian counterparts on Tuesday, urging the two parties to start negotiations to peacefully settle their conflict.

At least eleven Azeri soldiers and a civilian and four Armenian troops have been killed in renewed border clashes between two former Soviet countries that fought a war in the 1990s over the mountainous Karabakh region.