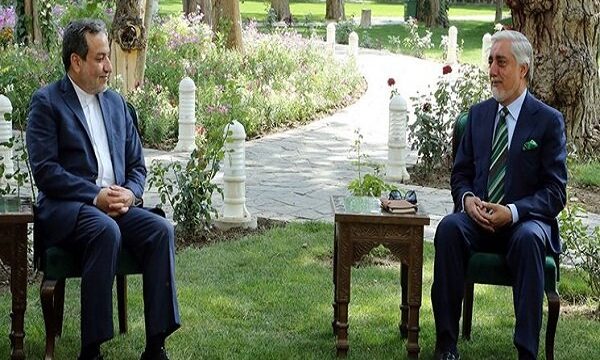 In a meeting with the Head of Afganistan’s High Council for National Reconciliation Abdullah Abdullah, Araghchi Iran’s support for peace talks in Afganistan.

The Iranian official emphasized regional convergence, economic growth and development, and continuation of the Islamic Republic of Iran’s support for peace efforts in Afghanistan.

He presented a report on the latest efforts to achieve peace and the start of negotiations in Afghanistan.

Araghchi, heading a politico-economic delegation, arrived in Kabul on Wednesday to hold talks with senior officials of the neighboring country.

Araghchi held a meeting with Atmar on Wednesday night, where they discussed the bilateral ties, peace process in Afghanistan, regional and international issues, problems arose due to the COVID-19 outbreak, and bilateral and multilateral economic cooperation including issues related to the Chabahar Port.

They also agreed on a roadmap and the time schedule of finalizing a comprehensive cooperation document.