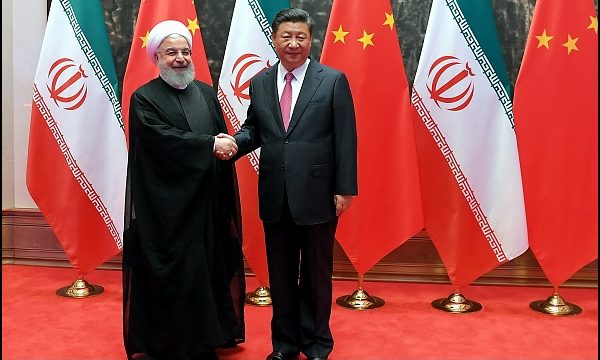 Any China-Iran deal will be mostly about business

Bloomberg | Esfandyar Batmanghelidj: Last week, an 18-page document began circulating on Iranian social media that was purportedly a draft of negotiation points for a new agreement between China and Iran. The unverified document, which listed over 100 potential projects, led to breathless reporting that Iran had prepared a “final contract” that would see the country deepen its economic dependence on Beijing.

Within Iran, the presumed deal has been met with fierce opposition across political camps, all of which are opposed to the idea of increased dependence on China.

But in economic terms, Iran is no more dependent on China than most developing economies. Yes, the Chinese presence in Iran has grown over the years: there’s a Chinese owned polyester factory in Neyshabur, a Chinese-run grocery in Chabahar, and Chinese workers are building infrastructure in Qom.

But take a comparative view of Chinese projects elsewhere, and you find that while Beijing’s footprint did grow in Iran between 2008 and 2018, it has grown much more in other countries in the Middle East. In the decade beginning in 2008, the average annual turnover of Chinese construction projects in Iran, projects that can be considered part of China’s ambitious Belt and Road Initiative, was $1.7 billion. The average annual turnover in Iraq was $2.2 billion, and $4.8 billion in Saudi Arabia.

Tehran is pursuing an upgraded partnership with China not because it is dependent on Beijing’s economic support, but rather because it has been largely left out of a decade of aggressive Chinese investment in developing economies worldwide.

Iran, as the second-largest and most diverse economy in the Middle East after Turkey, was an early destination for Chinese enterprises in the first years of their rapid global growth. Iran entered its period of accelerating industrialization in the early 2000s, just as Chinese capital goods began to hit international markets. These were cheaper for Iranian firms to purchase and operate—the impetus for growing China-Iran ties was not grand strategy, it was just business.

The lack of a strategic partnership—despite perceptions in Washington—kept economic ties vulnerable. While the imposition of U.S. and European Union sanctions in 2008 did not completely deter Chinese firms from Iran, it did prevent much of the long-term investment China directed elsewhere in the region. This was clearest in the capital-intensive oil sector, where Chinese firms were slow to fulfill contractual obligations when international sanctions were at their height, leading Iran to unilaterally terminate some of the largest contracts with Chinese state firms.

President Hassan Rouhani was hoping for a reset with China when he traveled to Beijing in January 2016, just a few weeks following the implementation of the nuclear deal and the lifting of U.S. secondary sanctions. The two countries signed a “comprehensive strategic partnership,” which declared a mutual agreement “to enhancing investment and trade exchanges.”\

But the document was basically a long list of all the areas in which China and Iran could cooperate—it created no actual obligations or targets for either side. While Chinese trade with Iran did pick up following sanctions relief, the Trump administration’s withdrawal from the nuclear deal led to another period of declining bilateral trade.

The Rouhani administration, now is in its final year, is trying to use the current moment of increased tensions between China and the U.S. to push Beijing to make good on its statements of support for Iran in the face of U.S. pressure. Should China fail to back up its rhetoric for fear of inviting U.S. sanctions pressure, it would expose the limitations of Beijing’s ambitions to be the preferred partner for developing economies worldwide.

Ultimately, China and Iran will strike some kind of detailed, long-term framework that will define their bilateral relations. This is not because Iran is at the center of Chinese ambitions, but because China is at the heart of economic development for all emerging economies. Any deal between the two countries will be narrower in scope than the current sensational headlines suggest—and can be easily balanced should the lifting of U.S. sanctions allow the resumption of Western investment in Iran.