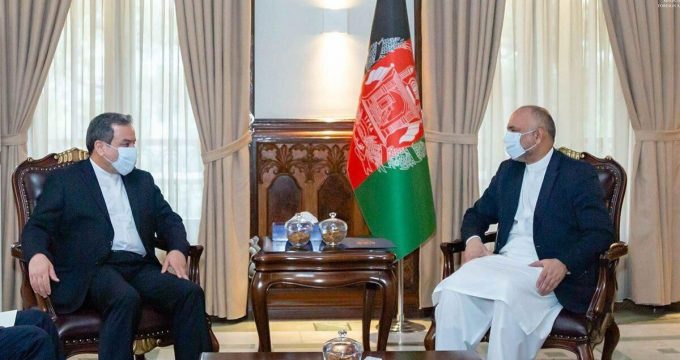 During the meeting in Afghanistan’s capital city on Wednesday night, Araghchi and Atmar examined bilateral relations, the peace process in Afghanistan, regional and international problems, including the problems caused by the deadly coronavirus.

The two sides also reviewed economic cooperation, including cooperation on Chabahar and the transit routes of Central Asia.

Araghchi and Atmar also agreed on the roadmap and timelines to finalize the collaboration between the two countries about comprehensive documents.

Iran’s senior diplomat, meantime, voiced Iran’s support for the peace process under the auspices of the Afghan government and hoped that inter-afghan talks would begin with the participation of all Afghan political parties as soon as possible.

Araghchi will also meet and talk to other senior officials in Afghanistan.

In addition to meeting with Iranian Foreign Minister Mohammad Javad Zarif, Atmar and members of the accompanying delegation met with the Secretary of the Supreme National Security Council Ali Shamkhani, the Minister of Interior, the Minister of Energy and the Minister of Cooperatives, Labor and Social Welfare of the Islamic Republic of Iran.