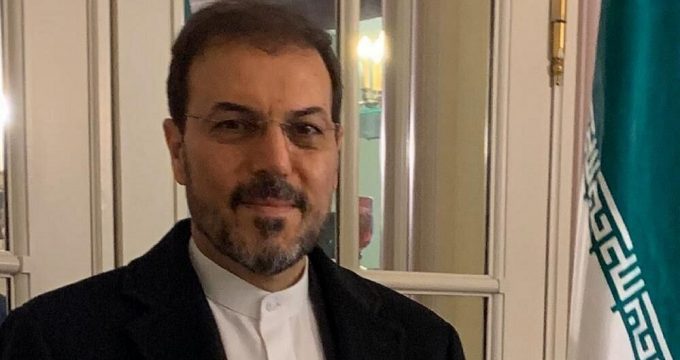 Hossein Dehghani: The collapse of the Iran Nuclear Deal 5 years on would be a failure of EU values

Euronews | G.Hossein Dehghani: July 14 marks the fifth anniversary of the conclusion of the Joint Comprehensive Plan of Action (JCPOA), or the Iran Nuclear Deal. It takes place against a gloomy and bleak backdrop. Years from now, when historians recount what happened in this era, they will presumably note the incipient end of the JCPOA as the beginning of the decline of multilateralism and a serious blow to an integrated European foreign policy.

Through the JCPOA, the EU achieved what would have been deemed unthinkable for a union whose credibility as a foreign policy actor was – and is – doubted by many, even within the European camp. In this sense, the JCPOA created remarkable momentum for multilateralism in general, and, from a European standpoint, a crucial turning point in non-proliferation diplomacy specifically with the EU leading the way. On July 14, 2015, the EU well deserved a clap on the shoulder for navigating a tortuous path through negotiations. The conclusion of the JCPOA, however, was the beginning of another equally daunting job: its successful implementation, with the Europeans fulfilling the roles of coordinators and participants.

How Europe behaves towards the JCPOA, particularly now under the current circumstances, determines the fate of its quest for foreign policy integration in the years to come and will irrevocably define the sort of player it aspires to be on the international scene.

Safeguarding the JCPOA for Europe is tantamount to upholding its core foreign policy values as enshrined in its founding treaties, and as reflected in EU security and non-proliferation strategies. On the fifth anniversary of the conclusion of the JCPOA, and probably its last, it is time to revisit how Europe (or rather the EU 3) played their roles in the nuclear agreement and how it will unfold if they tread the current path.

Transatlantic ties have historically been an integral element of European politics. In the early 2000s, the discord created as a result of the formation of the coalition of “the willing” and the dislocation of the Europeans and the United States over the Iraq War had created unprecedented disunity between the two coasts of the Atlantic. Against this backdrop, the Europeans managed to insert themselves into the driver’s seat of the negotiations that began in 2003 to find a negotiated and multilateral solution for the so-called Iranian nuclear crisis.

A European politician once wrote that through the nuclear negotiations, “the EU sought to promote joint security interests as a way to assert itself as a major player in foreign policy and to strengthen the France-Germany-UK triad, which had been weakened by the differences over the 2003 Iraq war.” In this context, transatlantic coordination was essential for European nuclear diplomacy with Iran.

Moreover, as “old timers” on the international scene, the EU’s Big 3 had much ground to regain in terms of credibility. Furthermore, the negotiations remarkably promoted the EU, which was trying to secure its envisioned role as a protagonist of a rules-based international order with the UN at its core in line with European values and within the confines of EU principles. They deserve to take credit for their diplomacy, but what are they capable of doing without the United States? What is the EU minus the transatlantic factor?

In the post-withdrawal period, the Joint Commission meeting of July 6, 2018, was an important event in the sense of it being a turning point in exhausting all measures in good faith aimed at resolving the issue at the highest levels of diplomacy. The Chair’s statement following the event is quite illustrative. It is a fact that the EU/E3 went to certain lengths after the US withdrawal in their effort to safeguard the economic benefits of the JCPOA, namely the update of the Blocking Statute, the extension of the European Investment Bank’s lending mandate on Iran, and more recently, the creation of the Instrument in Support of Trade Exchanges (INSTEX).

The shortcomings of these measures, however, point to a fatal flaw in the EU: that it has not fully weaned themselves from the early support that was provided by the United States in the context of the Cold War, and that a culture of complacency has crept within the very fabric of polity in Europe, which gnaws directly at any inkling of independence and, in turn, renders ambitions of sovereignty and geopolitical independence void of actual meaning.

In this sense, how Europe behaves towards the JCPOA, particularly now under the current circumstances, determines the fate of its quest for foreign policy integration in the years to come and will irrevocably define the sort of player it aspires to be on the international scene.

The conclusion of the JCPOA was indeed a unique achievement for multilateralism and provided tremendous momentum for diplomacy and peaceful settlement of disputes. Therefore, how the EU reacts to the bullying of the US, which intends to annihilate the JCPOA and ultimately show that Europe is nobody without the US, is a benchmark that demonstrates the extent of EU foreign policy independence and its future role in maintaining multilateralism and international security.

In the end, let us not forget that the US is responsible for the current state of affairs in the non-implementation of the JCPOA. Building up illegal pressures against Iran, which exercised patience for one long year in the hopes of working within the JCPOA framework to find a solution, won’t do anybody any good. Taking extra measures beyond the JCPOA won’t help save the nuclear agreement either; the imperatives for saving the nuclear agreement have been clearly enunciated by Iran.

All there is left to do is listen to the voice of reason, keep the multilateral momentum going and standing up to the bully.