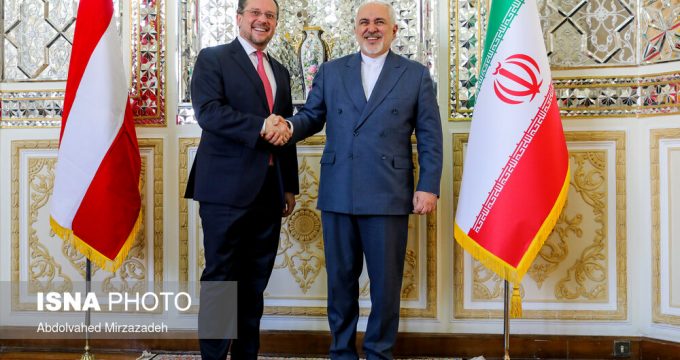 Iran must benefit from interests of JCPOA: Austrian FM

MNA – Austrian Foreign Minister Alexander Schallenberg said that the Islamic Republic of Iran must benefit from its interests under the 2015 nuclear deal, also known as the Joint Comprehensive Plan of Action (JCPOA).

Austrian Foreign Ministry issued a statement on Tue. on the occasion of 5th anniversary of the conclusion of JCPOA between Iran and six world’s major powers and noted that all parties involved in the talk must agree with each other and find a way to fully implement this landmark agreement, based on which, the Islamic Republic of Iran should enjoy the economic benefits of the deal.

As host of nuclear talks with Iran, Austria bears a great responsibility to safeguard this landmark nuclear deal, he added.

Five years ago, a nuclear deal was inked between the Islamic Republic of Iran and six world’s major powers (Iran, China, Russia, UK, and the US, as permanent members of UN Security Council) plus Germany in the Austrian capital Vienna on July 14, 2015.

While supporting the efforts taken by EU Foreign Policy Chief Josep Borrell for advancing nuclear talks, Schallenberg traveled to Washington and Tehran earlier this year to discuss issues around the deal.

The Austrian Foreign Ministry pointed to the restrictions ahead of the implementation of Joint Comprehensive Plan of Action (JCPOA) following the US unilateral pullout from this landmark nuclear deal and added that it should be kept in mind that this international deal could prevent an arms race that could jeopardize security and stability not only in West Asia but also around the world.