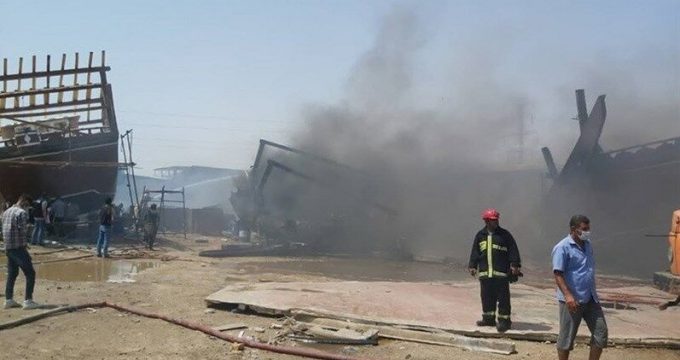 At least three ships on fire in Iran’s Bushehr port

Bloomberg – At least three ships were on fire at the Iranian port city of Bushehr, state-run Islamic Republic News Agency reported, without giving a reason for the incident.

A fire broke out at a shipyard Wednesday afternoon and operations are underway to bring it under control, IRNA cited Jahangir Dehghani, the head of the crisis management organization for Bushehr province, as saying.

The incident follows a string of mysterious explosions, including at a military site near Tehran and a nuclear enrichment facility, to have rocked Iran in recent weeks, giving rise to suspicions of sabotage. Iran’s only nuclear power plant is in the Bushehr province.