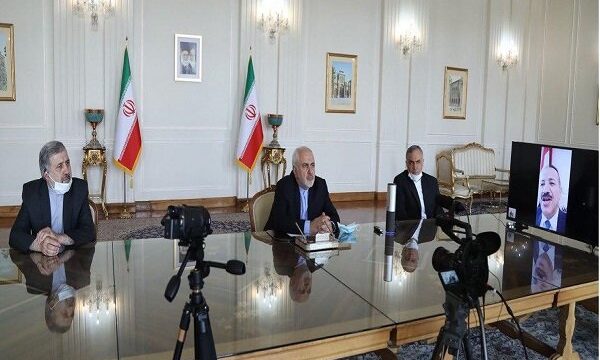 Only solution to Yemeni crisis to be political: Zarif

MNA – Iranian FM Zarif and FM of Yemen’s National Salvation Government Hisham Sharaf Abdullah hold talks via videoconference on regional and Yemeni issues, where Zarif said the only solution to the Yemeni crisis is political.

Zarif underlined that the Islamic Republic regards political solution as the only way to resolve the Yemen crisis and accordingly has had constructive cooperation with the Yemeni and international affiliated sides.

“The Islamic Republic believes that the only way to secure stability in Yemen is to preserve its territorial integrity and unity among Yemeni groups as well as holding talks among political groups and coalitions of the country,” Zarif said.

He condemned the siege on Yemen by the coalition and blocking imports of medicine, fuel, and foodstuff into the country under the coronavirus pandemic, adding that Iran will continue dispatching such products to Yemen and will go on its efforts to improve Yemen peace talks until reaching a ceasefire in the country.

Sharaf Abdullah, for his turn, hailed Iran’s support for Yemen and informed Zarif of the recent political status of the country and its probable future.