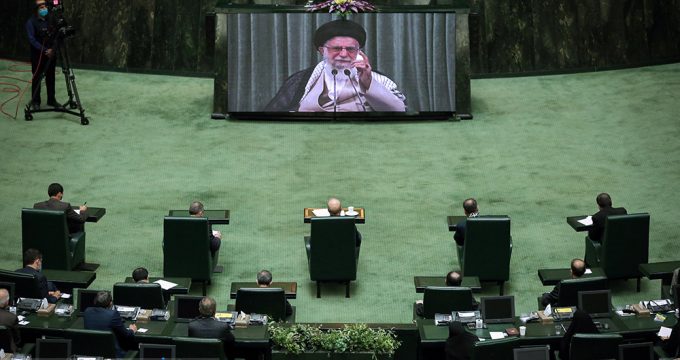 The US admits the failure of sanctions against Iran

The Chairman, Representatives, and a group of staff members from the Islamic Consultative Assembly (Majlis) met with the Leader of the Islamic Revolution – Imam Khamenei – via video conference this morning, July 12, 2020.

An earthquake measuring 4 on the Richter scale rocked the city of Firuzkuh north-west of capital Tehran on Sunday.

In commemoration of the 25th anniversary of the Srebrenica genocide, in which thousands of Bosnian Muslims were massacred, Iran’s Foreign Minister Mohammad Javad Zarif blasted Europe for failing to take any action at the time to stop the massacre.

The Iranian president’s chief of staff dismissed as “illusions” some speculations about a 25-year cooperation agreement with China, saying the roadmap does not entail foreign control on Iranian islands or the presence of military forces by any means.

UN Special Rapporteur said that the US has distorted the principle of sovereignty as it has failed to provide sufficient evidence of an attack against its interests to justify the assassination of Gen. Soleimani.

Iranian Ambassador to Baghdad Iraj Masjedi congratulated the Iraqi government and nation on the anniversary of the liberation of Mosul from ISIL terrorists’ occupation.

An Iranian air defense unit that “forgot” to adjust its radar system triggered a chain of communication and human errors that led to the deadly downing of a Ukrainian passenger jet in January, according to a report from Iran’s Civil Aviation Organization.

Iran’s Health Ministry spokeswoman Sima Sadat Lari said on Sunday that some 194 more Iranians have died from coronavirus disease (COVID-19) over the past 24 hours bringing the total deaths to 12,829.