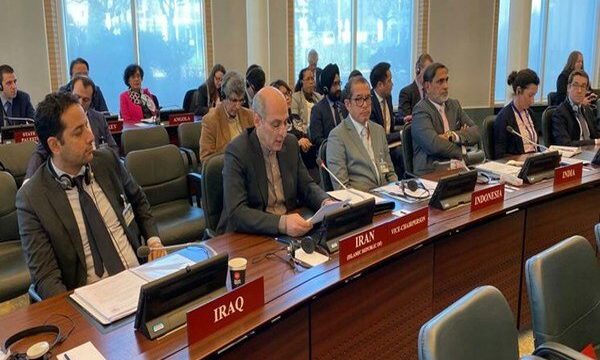 MNA – Iranian ambassador to the Netherlands called the new decision of the Executive Council of the Organization for the Prohibition of Chemical Weapons (OPCW) over Syria unbalanced and a step towards politicizing the organization.

The 94th Session of the Executive Council of the Organization for the Prohibition of Chemical Weapons (OPCW) on Thursday voted on a draft decision over “the possession and use of chemical weapons” in Syria.

Alireza Kazemi Abadi, Iran’s ambassador to the Netherlands opposed the decision, calling the establishment of the organization’s investigation and identification team illegitimate.

Criticizing the team’s biased and untrue report against Syria, which accused the country of using chemical weapons in the city of Ltamenah, he called the decision unbalanced, politically motivated and unacceptable and a step towards politicizing the organization and sowing discord among its members.

The new decision ignores many factors, including Syria’s extensive efforts to work with the Organization for the Prohibition of Chemical Weapons (OPCW), which are also mentioned in the Director-General’s reports, he added.

In response to the US ambassador’s remarks criticizing Iran’s positions, he said that the use of chemical weapons by Saddam’s regime in the 1980s against Iran and the Iranian people forced countries to realize the need to ratify the Chemical Weapons Convention.

Many of the countries that provided Saddam with chemical weapons and instructed him to attack areas that would have the greatest impact on the Iranian people are now among the countries that support this decision, Kazemi Abadi added.