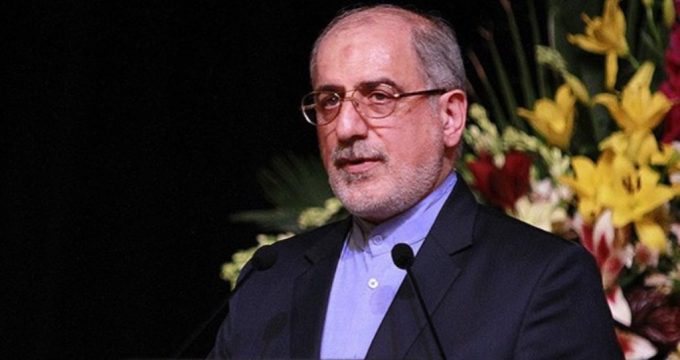 Deputy FM: Iran not surprised by western concerns over strategic ties with China

“Some of the criticisms recently raised about a 25-year strategic cooperation deal between Tehran and Beijing are ridiculous,” Ansari said on Thursday night.

“They are terrified that Iran would be linked to China’s global potentialities,” he added.

Ansari referred to the US State Department spokesperson’s comments about the deal, and said Washington expresses sympathy with the Iranian nation while it has imposed the harshest sanctions ever against them even at the time of the coronavirus outbreak.

“Since Iran’s relations with China are serious, and that forms the basis of economic and strategic cooperation between the two states in the 25-year document, it is quite normal for western countries to be worried about such relations,” he noted.

Ansari said China is currently the only country in the world which is officially buying Iran’s oil.

“The policy of the US and Britain—Anglo-Saxons in general—is to focus on pressuring Iran in a bid to keep it away from China and Russia,” he added.

Mousavi underlined the political will existing in Iran and China to develop and deepen bilateral strategic relations.

He said that based on what was stressed in the sixth segment of an agreement signed by the two countries during the 2016 visit of China’s President Xi Jinping to Tehran, Iran and China have clearly stated their political will to develop and deepen bilateral relations.

Visiting President Xi Jinping said in 2016 that Iran and China had signed several letters of intent for a new chapter in strategic economic cooperation.

The Chinese leader, whose country made a great contribution to the nuclear deal, said the two nations have made headway in traditional friendship and economic engagement.

President Xi said Beijing has remained Iran’s biggest trading partner and a top buyer of its crude oil, and that Tehran is an important partner for China in the Middle East. “Enhanced ties serve the two developing countries’ strategic interests,” he maintained.

According to the Chinese leader, Tehran and Beijing agreed to work together in the region and beyond, particularly at the United Nations and the Shanghai Cooperation Council.

“This visit convinced me that prospects (of the bilateral ties) are promising. I am confident that establishment of political relations between Iran and China has resulted in important achievements in the political, economic and cultural sectors.”

In conclusion, President Xi said, “China is ready to start a new chapter in bilateral relations by upgrading the current level of interaction and cooperation.”