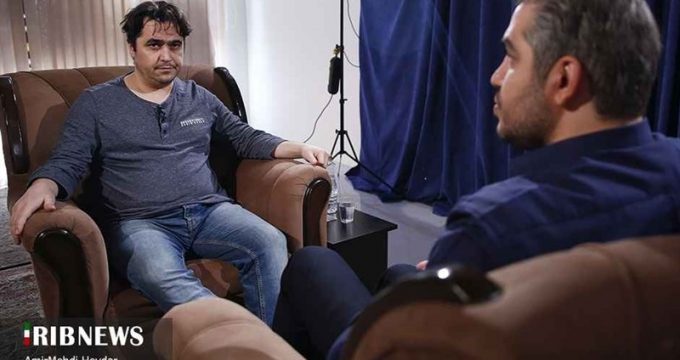 Tasnim – Ruhollah Zam, the head of an anti-Iran website and Telegram channel who was arrested in 2019, provided more details of his activities against the Islamic Republic, including cooperation with French intelligence agencies.

In an interview with IRIB, Zam, the founder and supervisor of Amadnews channel, confessed that his Telegram channel had played a role in anti-government unrest in Iran.

He said when he lived in France, he had contacts with representatives of foreign espionage services that operated under the guise of university professors or doctors.

Zam said the French Police had undertaken to protect his life and French organizations had offered to provide financial support for him and his cyber activities in order to create chaos in Iran.

Highlighting the anti-Iran activities of hostile media such as the BBC, Radio Farda, Voice of America, and Deutsche Welle, Zam said they are directly funded by their respective governments to act against the Islamic Republic.

He said while the BBC was in charge of fueling the 2009 protests in Iran and caused many damages to the Iranian people and the country, the British channel was not greatly involved in anti-Iranian activities in 2017 and was replaced by Amadnews.

Zam also said that during his residence in Malaysia, he was contacted by a go-between from former Minister of Foreign Affairs of Saudi Arabia Adel al-Jubeir, who had plans to establish a new anti-Iranian network similar to Iran International.

Amadnews was known for disseminating incriminating content against the Islamic Establishment, insulting the sanctities of Iranian Muslims, and publishing fake news in order to drive a wedge between the Iranian people and government.

Iran arrested Zam in 2019 following a complicated intelligence operation by the IRGC’s Intelligence Organization, which involved deceiving intelligence services of some Western countries especially France, under whose guidance and protection Zam was operating.