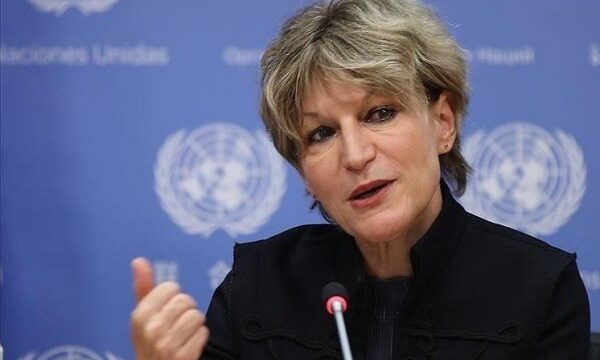 In a tweet on Saturday, Callamard wrote, “International law is international. It is not American.”

“Int’l Law is the basis for my warnings on the exponential, unregulated use of armed drones, my assessment of the General Soleimani drone strike, my calls for actions to prevent further crises,” she added.

In the 44th regular session of the Human Rights Council, UN Special Rapporteur Agnes Callamard called the assassination of Lt. Gen. Soleimani by US forces a violation of international law.

The United States has failed to provide sufficient evidence of an ongoing or imminent attack against its interests to justify the strike on Gen. Soleimani’s convoy as it left Baghdad airport, said Callamard.

“The world is at a critical time, and possible tipping point, when it comes to the use of drones. … The Security Council is missing in action; the international community, willingly or not, stands largely silent,” Callamard said.

“But absent an actual imminent threat to life, the course of action taken by the US was unlawful,” she added.

“The assassination of Lt. Gen. Soleimani is an illegal act and a great crime that has endangered world peace and security,” he said.

“The US action not only is a violation of international law and the UN Charter, but it is also a violation of human rights law,” he added, saying, “The UN rapporteur’s report on the assassination of the commander of Iran’s Quds Force cannot be challenged.”

Iran’s Ambassador and Permanent Representative to the United Nations Majid Takht-Ravanchi in the Virtual Counter-Terrorism Week described the brutal assassination of Martyr Soleimani, the hero of the fight against terrorism in the region, as a clear example of state terrorism.