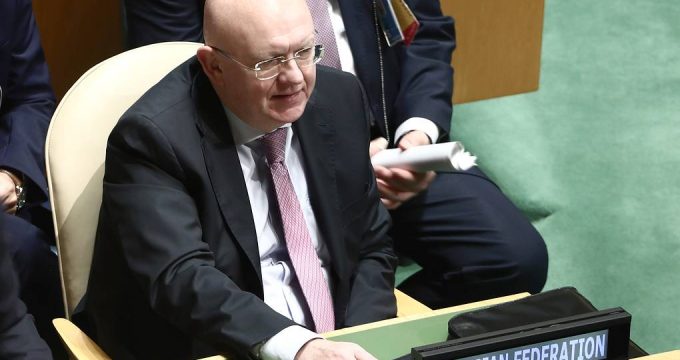 Sputnik – The US draft resolution on extending the United Nations’ arms embargo on Iran has no chance of succeeding, the Russian permanent representative to the UN, Vasily Nebenzia, said on Thursday.

“This resolution has very sad prospects. I mean, they just do not exist,” Nebenzia said in an open online interview.
According to the diplomat, Russia told the US as soon as the latter started working on the resolution that it has “absolutely no chance of being adopted.”

“The adoption of such a resolution would put an end to the JCPOA. It is clear that Iran will never accept that, and it has the right to do so,” Nebenzia added.

In June, the United States introduced a draft resolution at the UN Security Council to extend the arms embargo on Iran before it expires in mid-October. Russia and China have already voiced their opposition to the draft resolution.

In 2015, Iran signed the Joint Comprehensive Plan of Action (JCPOA) with China, France, Germany, Russia, the United Kingdom, the US, and the European Union. It required Iran to scale back its nuclear program and severely downgrade its uranium reserves in exchange for sanctions relief, including lifting the arms embargo five years after the deal’s adoption. In 2018, the US pulled out of the JCPOA and reinstated harsh sanctions on Tehran.