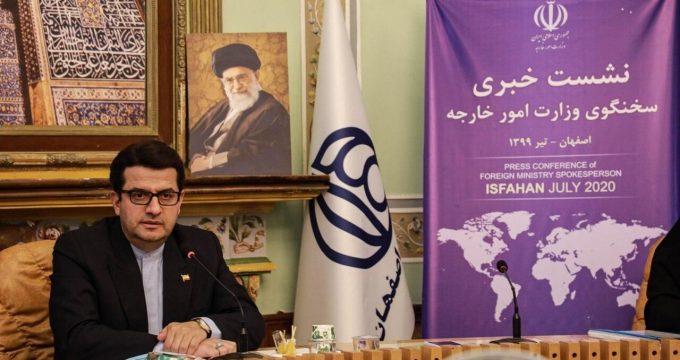 IRNA – Iranian Foreign Ministry spokesman Abbas Mousavi defended a draft roadmap document with China, saying despite all the speculations made about it in social networks, the document is a source of pride.

Speaking to reporters on the central Iranian city of Isfahan Thursday night, Mousavi said that Iran proposed this 25-year document to show that its relations with China is comprehensive and strategic and not a temporary one.

To show that Tehran’s relations with China are all-conclusive, comprehensive, long-term and strategic rather than short-term and tactical, Iran proposed a 25-year period to be set for implementation of the document, he said.

This document has been finalized on the Iranian side and is undergoing the legal process in China, the spokesman said, adding that once signed, it will be also reviewed in the Iranian Parliament.

Mousavi said all these fabricated news about the document is in fact a propaganda ploy by the opponents of Iran-China ties and that is why the words of those who always favor tension in Iran’s ties with the world should not be taken into consideration in this regard.

China, as a great world power in East Asia, and Iran, as a regional power in West Asia, have a lot in common which need to be reflected within the framework of a document, the spokesman said.

The details of the document will be released after finalization, he added.