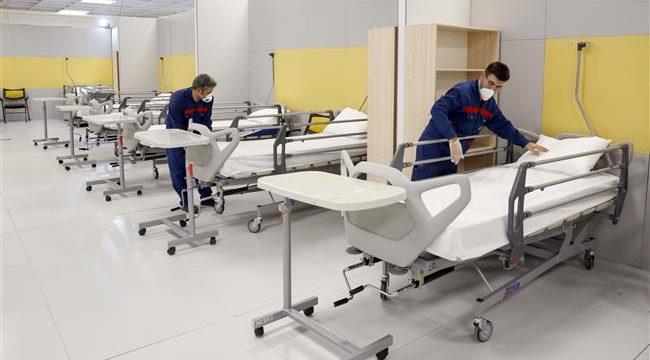 IRNA – Public Relations of Jundishapur University of Medical Sciences in Ahvaz announced that a 120-bed general hospital will be built by the office of Ayatollah Seyyed Ali Sistani in Bavi city of Khuzestan province in southern Iran.

A meeting of the representatives of the office of Ayatollah Seyyed Ali Sistani and the health officials of Khuzestan province for the location and construction of the hospital was held today, Tuesday, in Bavi city.

In this meeting, Farhad Abol-Nejadian, President of Ahvaz Jundishapur University, praised this action to serve the people of the region and, considering the lack of hospital beds in the province, and called for more efforts by donors in this field.

This hospital will cover a population of over 200,000 people in Bavi city and surrounding cities.

According to the President of Ahvaz Jundishapur University of Medical Sciences, about 75% of the normal beds in the province’s hospitals are occupied, and although 150 ICU beds have been added to the hospital capacity of Khuzestan province, “we still do not have empty beds due to the increase of patients affected with coronavirus”.

Farhad Abol-Nejadian added that Khuzestan province has been in a red situation for about 50 days in terms of the outbreak of coronavirus.