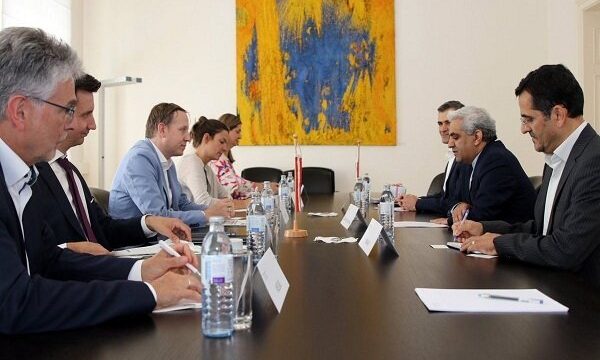 IRNA – Iran’s new ambassador to Austria, Abbas Baqerpour Ardakani and Austrian deputy minister for economy and digital affairs on Wednesday stressed the need for promoting trade and commercial relations between the two countries.

During the meeting, both sides agreed to hold the two countries’ joint commission soon.

They decided to form working groups under the important document “Roadmap of Economic Relations”, which was signed by the two countries in 2016, to pursue implementation of the agreements.

He conveyed the friendship message of Iranian President Hassan Rouhani to his Austrian counterpart and full readiness of the Iranian government for the expansion of relations with Austria in all political, economic, cultural fields based on historical and long-standing relations between the two countries.

The Austrian president also extended his greetings to his Iranian counterpart and voiced his readiness for the expansion of bilateral relations.

Bagherpour is currently the accredited ambassador of the Islamic Republic of Iran to Slovakia as well.