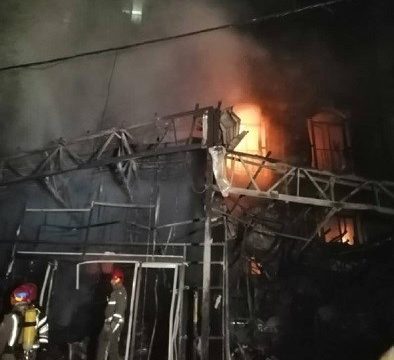 Al-Monitor | Ben Caspit: Ahead of the US presidential elections, and on the backdrop of mysterious explosions, Israel prepares for various escalation scenarios on Iran’s part.

Several days after the massive July 2 explosion that destroyed the upper level of Iran’s centrifuge upgrading and uranium enrichment plant in Natanz, reports emerged in Israel that Prime Minister Benjamin Netanyahu had asked Mossad Director Yossi Cohen to stay on an additional year once his five-year term expires at the end of the year. However, “the head,” as the spy agency director is known, only agreed to a six-month extension. Shortly after, in the pre-dawn hours of July 3, Israel launched its Ofek 16 spy satellite carried on a Shavit rocket from its Palmachim military base.

The satellite significantly enhances Israel’s ability to track events around the world, in particular Iran. Its particularly sophisticated camera enables the identification of items as small as 50 centimeters (19.5 inches) from a height of up to 450 kilometers (280 miles). Ofek 16 joins six other Israeli reconnaissance satellites orbiting earth and transmitting real-time data on developments around the world.