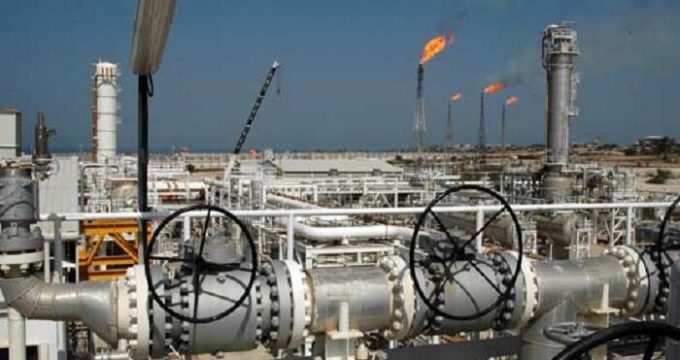 Reuters | Bozorgmehr Sharafedin, Jonathan Saul: Iran has slashed crude oil production to its lowest level in four decades as storage tanks and vessels are almost completely full due to a fall in exports and refinery run cuts caused by the coronavirus pandemic, industry data showed.

That is around 85% of available onshore storage capacity.

“However, it will technically not be possible to fill tanks to 100% given technical constraints at storage tanks and potential infrastructure bottlenecks,” said Homayoun Falakshahi, a senior analyst at Kpler.

Tensions between Tehran and Washington have ratcheted up since 2018, when the United States withdrew from a 2015 nuclear pact between Iran and six major powers and President Donald Trump reimposed sanctions on Iran, hammering vital oil exports.

Iran’s floating storage is also filling up. Shipping sources said Iran was estimated to be using in the region of 30 tankers to store oil – most of them supertankers, each of which can carry a maximum of 2 million barrels of oil.

This would equate to over 50 million barrels of oil being stored, which has been static for some months. This is likely to be a combination of crude and condensate, a very light grade of crude, the sources said.

Refinitiv data showed a maximum of 56.4 million barrels were being held in floating storage by July 3.

“Iran storage is expected to continue as we do not see these vessels being able to trade anytime soon,” a spokesman for shipping group NORDEN said.

“The exact number of Iranian vessels on floating storage is a bit of a black box as they have all turned off their AIS signals,” he said, referring to a vessel’s tracking transponder.

The oil ministry is trying to manage crude stocks by shutting more production.

Iran’s total liquid production – including crude oil, condensate and natural gas liquids – fell from 3.1 million barrels per day (bpd) in March to 3 million bpd in June, according to FGE. The firm predicts the production will fall by another 100,000 bpd in July.

Crude production was as low as 1.9 million bpd in June, according to Reuters OPEC survey. That was almost half of Iran’s production in 2018, and the lowest level since 1981, the beginning of Iran’s war with Iraq and attacks on its oil facilities, according to OPEC data.

Iranian exports also fell to new lows as an oversupplied market and the coronavirus pandemic made it harder for Tehran to find customers willing to take its sanctions-hit oil.

Iranian crude exports were around 100,000 bpd in May, according to Kpler, and around 210,000 bpd according to FGE, reaching a new low, and a fraction of the more than 2.5 million bpd that Iran shipped in April 2018.

In the absence of official data, estimates are usually based on cargo tracking and could be subsequently revised.

Condensate stocks have also skyrocketed and are still rising. Managing the condensate inventories would be more difficult for Iran, analysts said, as they were byproduct of gas production that the country is heavily reliant on.

“We still see Iran’s condensate stocks to continue building and approaching critical levels within the next 12 months,” FGE said.

Iran’s domestic products demand, especially gasoline, also dropped in first half of 2020 due to COVID-19 lockdowns, putting more pressure on the inventories.

Iran is a coronavirus hot spot in the Middle East with more than 11,000 reported deaths, according to a Reuters tally. As the result, Iran’s refinery runs significantly dropped in the second quarter of 2020.