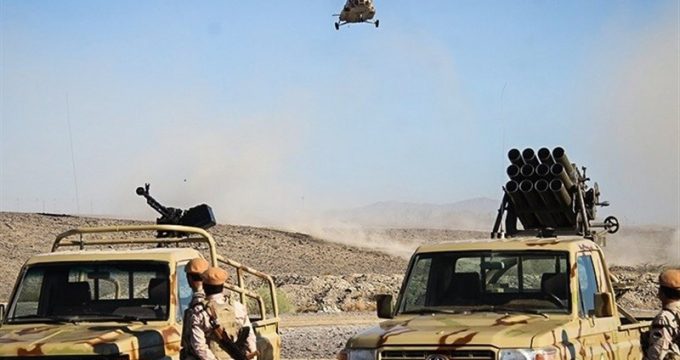 In a meeting in the province of Sistan and Balouchestan, IRGC Ground Force Commander Brigadier General Mohammad Pakpour and Border Police Commander General Ahmad Ali Goodarzi stressed the need for close coordination between their forces to ensure sustainable security in the border areas.

Highlighting the Border Police’s operations against drug traffickers, armed outlaws and terrorist groups in the large province, General Goodarzi said any source of insecurity along the southeastern border would be tackled harshly.

General Pakpour said security prevails across the southeastern border regions, adding that closer cooperation between the IRGC and the Border Police would assure the local residents of security and frighten hostile and terrorist groups in those areas.

The Iranian Police and security forces have been quite successful in ensuring security in the large province Sistan and Balouchestan despite its long borders with Pakistan and Afghanistan, harsh weather and vast desert areas.