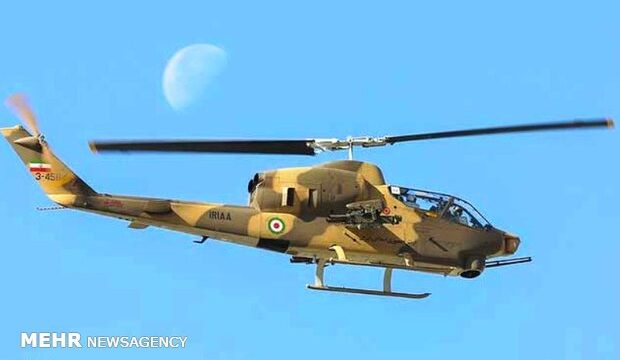 MNA – According to the commander of the Islamic Republic of Iran Army Aviation, the force has overhauled eight Cobra and Bell 214 helicopters.

In a ceremony on Saturday at an airbase in Masjed Soleiman, Khuzestan province, Second Brigadier General Yousef Ghorbani announced that the eight overhauled helicopters have joined the force’s operational fleet as of today.

He went on to say that thanks to the efforts of young experts, IRIAA has boosted its military preparedness and has also obtained the know-how to produce different parts of helicopters. Ghorbani said the boosting of Iran’s helicopter military power has been unique compared to other countries of the region.

Iran’s Defense Minister Brigadier General Amir Hatami had said on June 23 that Iran produces more than 70 percent of aircrafts’ and helicopters’ part by relying on domestic knowledge. The Islamic Republic of Iran is among the few countries which managed to attain the technology of manufacturing aircraft parts, he added.

Iran’s defense sector has been under sanctions for almost four decades but the country has managed to fulfill its needs by relying on domestic knowledge and experts.