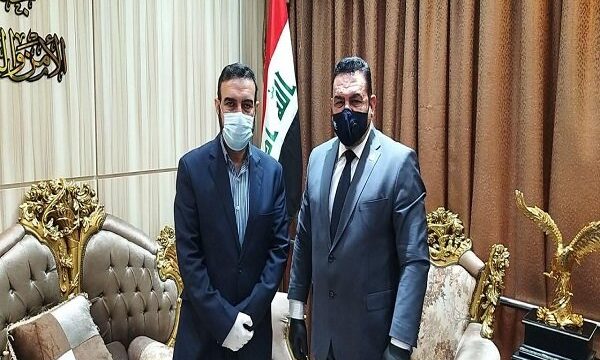 MNA – Iranian and Iraqi military officials discussed on the ways to expand security and defense cooperation between the two countries.

In a meeting on Friday, Iran’s military attaché in Baghdad Mostafa Moradian and the Chairman of the Security and Defense Committee in the Iraqi parliament, Mohammed Redha Al-Haidar, conferred on the ways to broaden the security and defense cooperation between the two neighbors.

They highlighted the need to implement the already-signed military and defense agreements, urging the need to promote further cooperation in these areas.

Al-Haidar hailed Iran’s support for Iraq during the country’s fight against ISIL terrorists, noting that such assistance and support was an example of brotherliness between Iran and Iraq.

Last week, the Iranian attache had also a meeting with Iraqi Defense Minister Juma Anad Saadoun during which they explored ways to expand military and defensive cooperation.