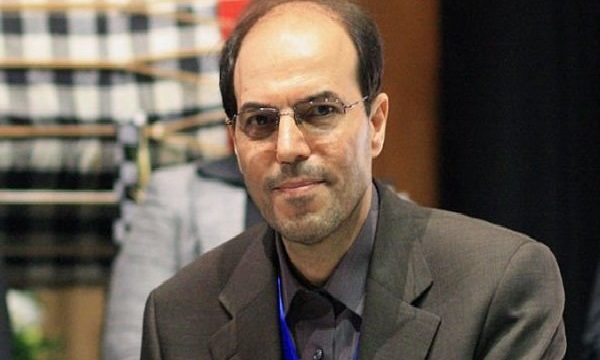 US sanctions on Syria amount to economic terrorism: Iranian envoy

Tasnim – Iran’s Ambassador to the European Union and Brussels condemned the new US sanctions against Syria as an act of economic terrorism that is threatening the lives of innocent civilians.

Addressing the fourth Brussels Conference on “Supporting the future of Syria and the region”, held in Belgium on Tuesday, Gholamhossein Dehghani said the imposition of new US sanctions under the so-called Caesar Act against Syria amounts to economic terrorism that is ruining the lives of many innocent people.

He also said that the US’ illegal and unilateral sanctions against Syria have impeded the fight against the coronavirus outbreak and mounted pressure on ordinary citizens.

The US sanctions on Syria run counter to the international law and the moral and humanitarian principles, Dehghani deplored.

The Iranian diplomat also hit back at the Saudi foreign minister for leveling accusations against Iran, saying Saudi Arabia which is the “central bank of terrorism and the main sponsor of extremism in the region and beyond” is trying to evade the charges related to its crimes in Syria.

In June, the US State Department and the Treasury said 39 Syrian individuals, including President Bashar al-Assad and his wife, had been designated for a load of new economic and travel sanctions.

The law, known as the Caesar Act, places anyone who does business with the 39 named individuals and government entities in the cross hairs of the US Treasury.