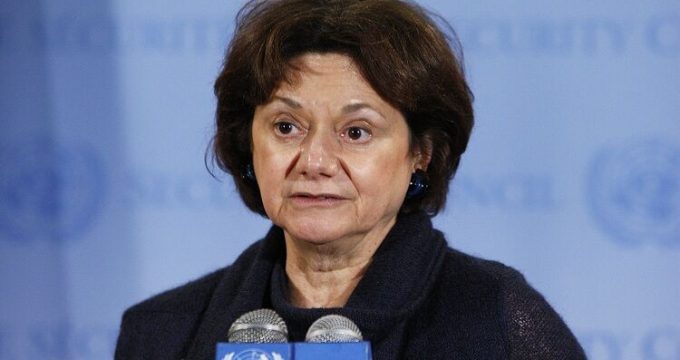 According UN official website, DiCarlo made the remarks regarding the UNSC online session on the implementation of resolution 2231, saying: “Notwithstanding the current challenges to the JCPOA, it remains the best way to ensure the exclusively peaceful nature of Iran’s nuclear program.”

“Its full implementation, as well as faithful adherence to resolution 2231, is also fundamental to regional stability,” she added.

“The Joint Comprehensive Plan of Action, endorsed by resolution 2231, is a significant achievement of multilateral diplomacy and dialogue. It remains crucial to the global nuclear non-proliferation architecture and to regional and international security,” she noted.

Expressing regret over US withdrawal from Iran nuclear deal, she said: “The re-imposition of US national sanctions lifted under the Plan, as well as the decision not to extend waivers for the trade-in oil with Iran and on all remaining JCPOA-originating projects, are contrary to the goals of the JCPOA.”

“These actions have impeded the ability of Iran and other Member States to fully implement the Plan and the resolution,” DiCarlo reiterated.

Earlier on Tuesday, the Iranian Foreign Minister Mohammad Javad Zarif in a message referred to the UNSC online meeting, saying the international community is facing an important decision.

Guterres called on all member states to avoid provocative rhetoric which may adversely affect regional stability.