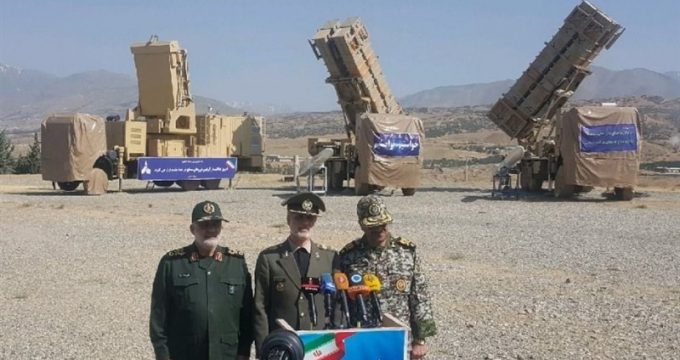 Iranian Diplomacy | Farshid Farahnakian: On May 8, 2018, President Donald Trump announced his decision to cease the United States’ participation in the implementation of the Joint Comprehensive Plan of Action (JCPOA) – signed between Iran and the P5+1 in July 2015 – and to begin, following a wind-down period, the reimposition of Washington’s nuclear-related sanctions on Tehran that were lifted to effectuate the JCPOA sanctions relief.

In conjunction with this announcement, Trump issued a National Security Presidential Memorandum (NSPM) directing the secretary of state and the secretary of the Treasury to prepare immediately for the reimposition of all of US sanctions lifted or waived in connection with the JCPOA, to be accomplished as expeditiously as possible and in no case later than 180 days from the date of the NSPM. To implement the president’s directive, the Department of State and Department of the Treasury took the necessary steps to establish a 90-day and a 180-day wind-down period for activities involving Iran that were consistent with the US sanctions relief provided under the JCPOA.

The United States ended its membership in the JCPOA also in practice. As an instance, the meetings of the Joint Commission and the Procurement Working Group (PWG) decisions were held and taken, respectively, without the presence of the United States, and the US participation in the Arak reactor modernization working group ended. The United States did all of these at a time when the International Atomic Energy Agency (IAEA) was confirming Iran’s full commitment to the JCPOA obligations.

Recently, the United States has been considering a range of options to prevent the October 2020 expiration of a United Nations (UN) embargo that restricts arms sales to and from Iran. Those options include making a legal case that the United States should remain a bona fide participant of the 2015 nuclear deal with Iran that it withdrew from in May 2018 in order to use a UN Security Council (UNSC) provision to block the embargo’s expiration.

The embargo’s October 2020 expiration date is written into the UNSC Resolution 2231, which endorses the nuclear deal, formally called the JCPOA, and helps implement it.

The United States – as a permanent member of the UNSC, but no longer a JCPOA participant – is unable to activate the snapback mechanism that would restore UN sanctions previously imposed on Iran based on earlier UNSC resolutions, for the following reasons:

First, the International Court of Justice issued an opinion in 1971, which found that a fundamental principle governing international relationships was that “a party which disowns or does not fulfill its own obligations cannot be recognized as retaining the rights which it claims to derive from the relationship”.

Second, the JCPOA and the UNSC Resolution 2231 “form a single whole” and cannot be considered separately. Under Article 25 of the UN Charter, “the United States side is obliged to carry out the decisions of the UNSC, rather than undermine them through its unlawful actions”.

Fifth and last, the eligibility to use the snapback mechanism by the UNSC and its permanent members independent of maintaining a membership in the JCPOA has not been specified in the JCPOA and the UNSC Resolution 2231.

US bid to extend Iran’s arms embargo “is absolutely ridiculous, irresponsible and unacceptable and serves only to recall the famous English proverb about having one’s cake and eating it”, wrote Russian Foreign Minister Sergey Lavrov.

Earlier, The former United States deputy secretary of state, William J. Burns, said, “Trump has scrapped one agreement after another, with disruptive glee and no regard for plan B. The Iran nuclear deal (‘an embarrassment’), the Paris climate accord (‘very unfair’), and the Trans-Pacific Partnership (‘a rape of our country’), all negotiated by the administration of his Democratic predecessor, wound up on the trash heap”.

He wrote: “I remember an Iranian diplomat asking me during an especially difficult moment in the nuclear talks why he should believe that an agreement wouldn’t simply be thrown overboard in a different administration. With less than total conviction, I replied that if all parties complied with their obligations, our system would uphold it. I certainly got that wrong.”

He added, “I remember a story about a mistranslated US-military pamphlet released over Saddam Hussein’s forces during the 2003 invasion. It mistakenly read ‘Surrender and die’ as opposed to ‘Surrender or die’. The former is a pretty good slogan for much of the Trump administration’s approach to diplomatic negotiations, embodied most fancifully in its ‘maximum pressure’ campaign against Iran.”

The Trump administration should go back to this Barack Obama’s quote: “If your main tool is a hammer, then every problem will start to look like a nail”. Having a hammer doesn’t mean every problem is a nail.

* Farshid Farahnakian is an Iranian attorney at law who holds a Ph.D. in oil and gas law.