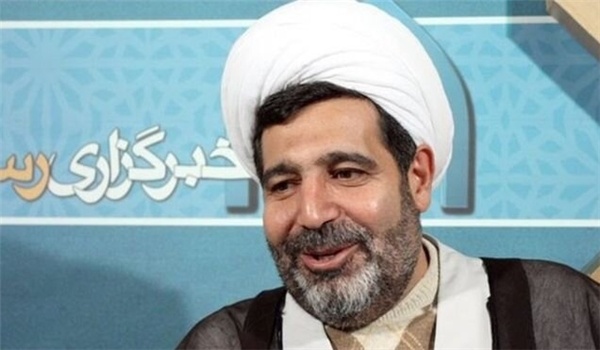 MNA – Brigadier General Hadi Shirzad, head of International Affairs of Police and Director General of Interpol in Iran said on Sunday that Romania has vowed to deliver the DNA evidence of the Iranian Judge Gholamreza Mansouri to the Islamic Republic.

The Iranian Brigadier General lamented that Romania has submitted no official documents about the death of Mansouri to Iran yet but has promised to deliver some reliable evidence in the following days.

He also added that regarding the request of the Islamic Republic, Romanian Police and Judiciary system have been in charge of protecting Mansouri’s life and Iran is waiting for Romania’s full report on details of his death.

Iran has called for Romania to announce the cause of death of the Iranian judge Golamreza Mansouri as soon as possible.

Inviting Romanian ambassador to Iranian Foreign Ministry in Tehran on June 21, a message was delivered to him due to the request of Mansouri’s family and regarding Romani’s responsibility in protecting his life besides the need for answering the public opinion.

The Romanian envoy, for his part, vowed that he will inform the Islamic Republic about the taken measures by his country.

The Islamic Republic had previously called for the Romanian government to provide a credible and obvious explanation over the death of Iranian ex-judge Gholamreza Mansouri in Romania who is accused of corruption in Iran.

“The Islamic Republic had announced Mansouri as ‘wanted’,” Spokesperson of the Iranian foreign ministry Abbas Mousavi said on Saturday, reiterating Iran’s urge for receiving clear information about his death, whether it has been suicide or anything else.

Brigadier General Shirzad, said earlier that in a letter to Interpol in Romania, the Islamic Republic has wanted Mansouri’s corpse back to Iran and has called for a comprehensive report on his death.

He added that in the case of Romani’s agreement, Iran will dispatch an investigation delegation to the country over the issue.

Mansouri was arrested in Romania in mid-June but was residing at the Duke Hotel in Bucharest, the capital, while the police monitored him.

He was accused of corruption and taking more than $500,000 in bribes.

According to preliminary reports, Mansouri apparently fell out of a window at a hotel in Bucharest.