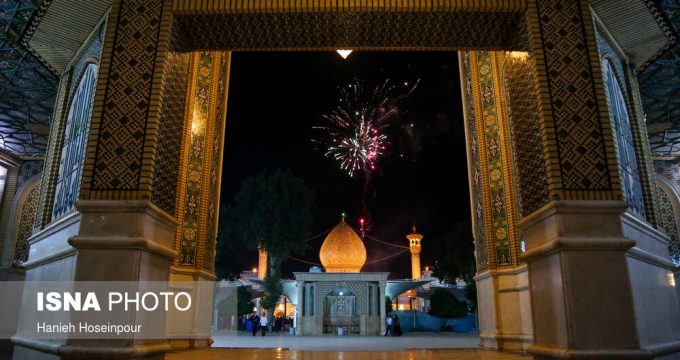 ISNA | Hanieh Hoseinpour:  The commemoration ceremony of the National Day of Hazrat Ahmad Ibn Musa Al-Kadhim [PBUH] [Shah Cheragh] was held in the holy shrine of the Imam on June 27. Shāh Chérāgh is a funerary monument and mosque in Shiraz, Iran, housing the tomb of the brothers Ahmad and Muhammad, sons of Mūsā al-Kādhim and brothers of ‘Alī ar-Ridhā. The two took refuge in the city during the Abbasid persecution of Shia Muslims. Shāh-é-Chérāgh is Persian for “King of the Light”.