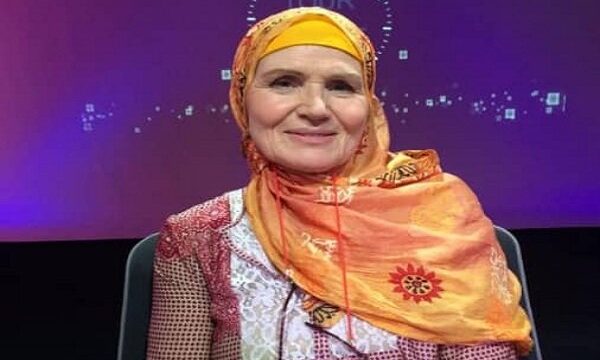 MNA – Christiane Zahra Guillaume, a French Journalist, says the second letter by Leader of the Islamic Revolution Ayatollah Seyyed Ali Khamenei addressing young black people in America and the Arab young people in Europe in 2015 was an amicable letter full of advice.

For many years, especially the past couple of years, a huge campaign against Islam has been launched through groups, such as the ISIL terrorist group, that use the name of Islam to disgrace this religion which is still unknown to a large majority of people, even to a great number of Muslims.

The guidance of Iran’s Leader for the young people to use the internet and the multimedia to develop a critical analysis of Islam and find the answer to the question: What is the aim of falsifying the truth of Islam?

Why don’t they ask their politicians about the oppression and usurpation of Palestinian rights in Palestine by the Israeli Zionists? Why do they speak always of the past dramatic events but keep silent about the aggressions and wars that they imposed on Yemen, Afghanistan, and Syria?

Indeed, modern western societies have been built by the exploitation and eradication of traditional cultures, disregarding people’s moral values which lead to the destruction of families, kindness, and morality in favor of financial profits in the hands of few rich people.

so, the young black people who have suffered injustice, along with all the oppressed people around the world are now searching a way in their life and they don’t accept the injustice anymore.

If they can find an ideology and a political system that brings the faith in humanity and its capacity to be just and honest, they will be hopeful but the superpowers don’t like this idea because that will lead to their loss of control upon the people.

They spent a lot of energy and money to weaken and mislead people through the media and almost to falsify the true Islam revealed by the Holy Prophet (PBUH).

All those young black people in America and the Arab young people in Europe, including those in France and Belgium, as well as all those who have lost their original roots to assimilate themselves in western modern societies, are searching for an identity and they can find it in the true Islam if they try to know much more about this religion.

On the other hand, Ayatollah Khamenei has called on them to abandon atheist education to find a way without cruelty.

Obedience to the divine laws will lead them in a new lifestyle which will correspond better to their realization of justice.

They see so many injustices (first the impunity of the Zionist regime which assassinates and oppresses the Palestinian people before the eyes of the world whole) and this is an example of the injustice that no religious or spiritual leader must or can approve!

Today people denounce injustice everywhere but not only racism and violence policy.

So, if they want to find a way of hope, such as what was suggested by the Leader of the Islamic Republic, they have to study by themselves in the original sources (Holy Quran) about this religion which developed both developed great Islamic civilization and influenced the European societies.

And only with this condition, they will find an answer to their problems.

As they lost confidence in their media which lie about justice, human rights, racism, and discrimination, the young people who are the nations of tomorrow must ask why such a great religion as Islam which originally created a rich civilization has lost its reputation.

Today, the people and almost the young ones, in the western societies have lost their traditional culture and moral and human values while getting another one which is void of any roots. They have lost the good scent of the family, nature, natural beauty.

Those demonstrations to denounce the racism must not marginalize other issue and challenges; in fact, they should help the youth to analyze their societies and real causes of this anger so that they find a solution for them, God willing, in the way of justice and truth – and why not in the way of Islam.