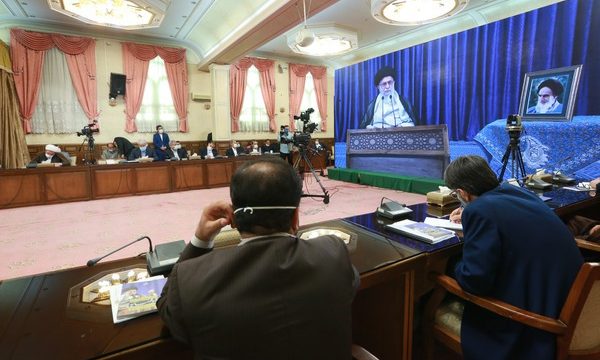 Leader of the Islamic Revolution Ayatollah Seyyed Ali Khamenei said that enemies’ efforts to bring the Iranian nation to its knees is futile.

The commander of Iran’s elite Quds force visited Eastern Syria in the past few days, and accused the United States and Israel of conspiring to support the Islamic State group, the semi-official Iranian news agency Tasnim reported.

Iranian Foreign Ministry Spokesman Abbas Mousavi in a message termed the US and Europe as supporters of the terrorist Mujahedin-e Khalq organization (MEK/MKO) and their crimes.

US trying to cause rift between Iran, Europe: Official

Iranian President’s Chief of Staff Mahmoud Vaezi called on the European countries not to fall for Washington’s scheme to create divisions between Tehran and Europe.

People of Iran on Saturday marked the 33rd anniversary of chemical attacks by the Iraqi Ba’ath regime on the northwestern city of Sardasht.

Iran says it sold petrol to Venezuela at current price

Leader of Islamic Revolution Ayatollah Seyyed Ali Khamenei received a number of Judiciary officials on Saturday on the occasion of the National Judiciary Week.

The novel coronavirus disease (COVID-19) infected 2,456 people and claimed the lives of 125 patients in the past day, a senior health official said.