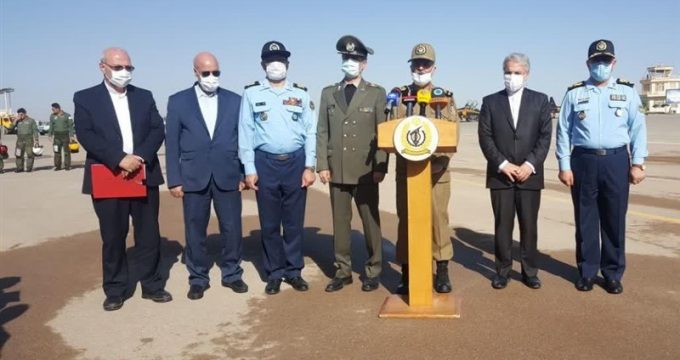 Iran’s defense might keeps growing in all areas: Army Commander

“The defense power of our Armed Forces in air, sea, and land domains is developing,” General Mousavi said during a military ceremony on Thursday.

He added that the Islamic Revolution Guards Corps (IRGC) and the Army are working hand in hand to enhance the country’s military might and deterrent power.

The Iranian-made “Kowsar” fighter jets were officially delivered to the Army during a ceremony also attended by Defense Minister Brigadier General Amir Hatami.

In 2018, Iran launched the mass production of the fourth-generation all-indigenous interceptor jet in a major step toward the renovation of its Air Force.

The Kowsar fighter jet, which has been designed to provide logistical support for ground operations, boasts advanced maneuvering capability and can be fitted with various projectiles.