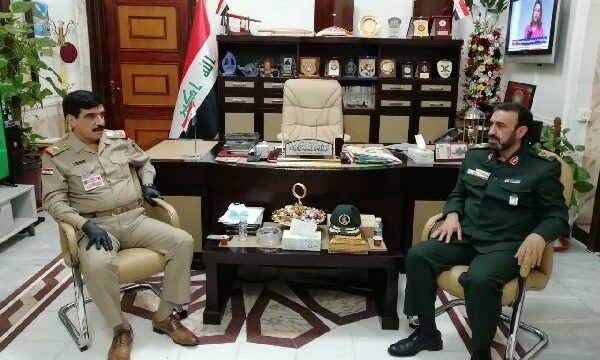 He made the remarks in a Tuesday meeting with the new Iraqi chief of staff Gen. Abdul-Amir Yarallah in Baghdad.

The two sides also exchanged views on military cooperation between the two countries and joint measures in the fight against terrorism.

For his part, the Iraqi military official referred to Iran’s help in the fight against ISIL terrorists, noting that his country is ready to continue cooperation with Tehran in different areas, including the fight against terrorism.

He also called for boosting the quadrilateral intelligence center and security cooperation between Iran, Iraq, Russia, and Syria.

Intelligence Exchange Center was established in 2015 with the cooperation of Iran, Russia, Syria, and Iraq in Baghdad. Since then, the latest coordination and exchange of information between members has taken place in various meetings.

The exchange of information, especially between Iraqi and Syrian forces in identifying and targeting important and sensitive positions of ISIS terrorists in Iraq and in some cases in Syria, has been one of the most significant and successful functions of this center.