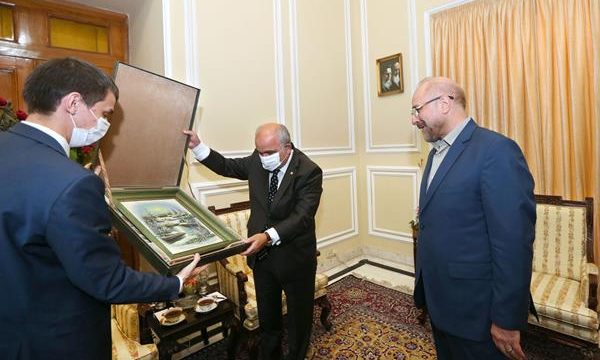 Appreciating Russia for its principled stance in the IAEA Board of Governors, Ghalibaf said, “Undoubtedly parliamentary cooperation between the Russian State Duma and the Iranian Parliament will continue with more speed and precision”.

“The claims made in IAEA resolution are not legal and Russia had firm stance in this regard,” he noted.

Referring to the importance of focusing on the situation in Syria, Ghalibaf said, “Solving the Syrian crisis has merely a political solution and holding a virtual or in person trilateral meeting by Iran-Russia-Turkey will be effective”.

He also emphasized the importance of holding future joint commission meetings of the Iranian Parliament and State Duma and following up on the economic issues.

The Russian ambassador, for his part, expressed hope that bilateral relations between Iran and Russia will be further developed, stressing that Iranian and Russian parliaments play a major role in developing bilateral ties.