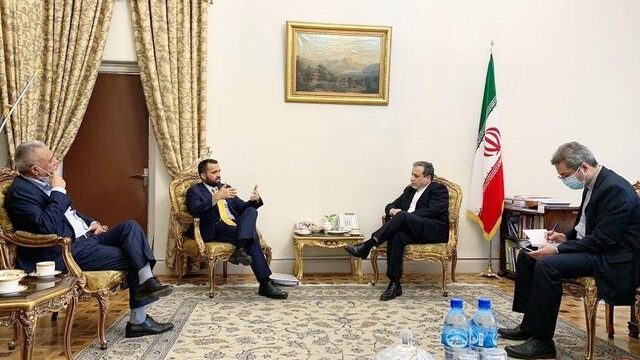 During the meeting, the two sides conferred on a host of issues of mutual interest and explored ways of broadening bilateral ties between the two neighbors.

In a tweet, Mirwais Naab said, “I had constructive talks with Araghchi about the comprehensive cooperation agreement between Iran and Afghanistan in the economic, transit, political and border fields. Legalizing Afghans’ presence in Iran is our main priority”.

He also expressed gratitude to the Islamic Republic for its supports in the Afghan peace process.