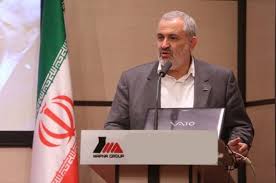 Tasnim – Iran is among the top five countries in the world in the construction of power plants, CEO of Iranian energy and infrastructure conglomerate MAPNA said.

Abbas Aliabadi said on Sunday that Iran is ranked among the five best countries in the world in the construction of power plants.

He noted that Iran is manufacturing a broad range of industrial machinery, turbines, generators, and control systems, stressing that the country is able to satisfy demands for every type of power plant equipment.

More than 60 percent of the power plants across Iran have been built by MAPNA, Aliabadi added, saying all of those plants are now in service.

MAPNA has also constructed power plants in the other countries, as in Oman, Iraq, Syria, Indonesia, and Pakistan, he noted.

In 2018, Iranian Energy Minister Reza Ardekanian highlighted the country’s self-sufficiency in the area of power generation and said the Islamic Republic is the top producer of electricity in the Middle East.

About 90 percent of power generation equipment, even complicated parts like turbines and generators, are currently manufactured inside the country, the energy minister told reporters at the time.