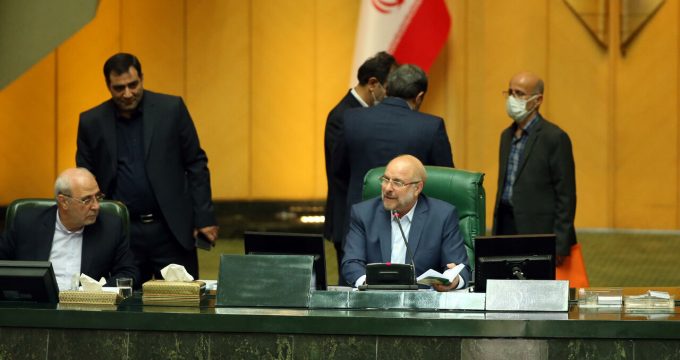 Ghalibaf says Iran has bright record of cooperation with IAEA

IRNA – Iran’s Majlis (Parliament) Speaker Mohammad Baqer Qalibaf said on Sunday that Iran has always been the most generous partner of the International Atomic Energy Agency (IAEA) in terms of the Agency’s Safeguards and national interests, but it has achieved nothing but more hostility and more ransom.

Speaking before the formal session of Parliment on Sunday, Mohammad Baqer Qalibaf said: “Our dear nation is aware that there have been discussions on the nuclear issue at the political and media levels in recent days.”

The first thing I want to emphasize is that in the past few days, Western countries, especially the United States, and unfortunately some European countries, have once again shown their unreliable and hostile nature to the Iranian nation and proved to all of us for the tenth time that preserving the rights and dignity of the Iranian nation and ensuring the progress and peace of Iran, there is no other way but to stand up and resist intelligently and with revolutionary tact and wisdom, he added.

Emphasizing that the Iranian nation has chosen the path of active resistance, he added: “This is a decisive demand of the nation and is agreed upon by the authorities, and there will be no other way in the coming months.”

“The next issue is the nuclear issue and the developments over the recent weeks and a resolution that was issued by the US and Zionist regimes and the treacherous actions of European countries against Iran at IAEA Board of Governors.”

“I explicitly declare that the Parliament, as the protector of the nation’s rights, accepts cooperation only for cooperation, and on this basis, we ask the Atomic Energy Organization and the Ministry of Foreign Affairs to design an appropriate response to this action as soon as possible.

“We appreciate the goodwill of Russia and China for this resolution and remind some neighboring countries that have been plagued by Western mischief that they are eternal neighbors and that the benefits of cooperation with the United States and Europe are short-lived,” Qalibaf said.