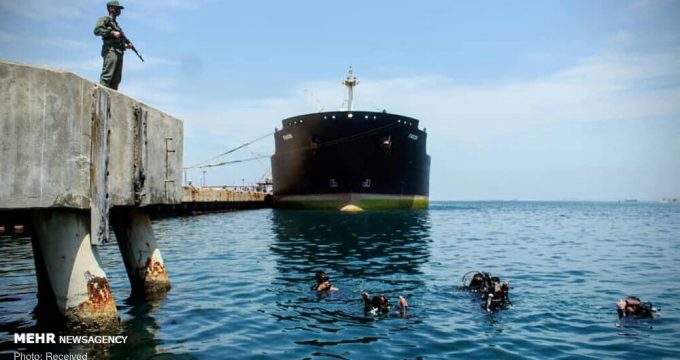 What sanctions? Delivering fuel to Venezuela is Iran’s ‘Strategic Decision to Expand Influence’

Reuters has quoted five unnamed sources as saying that Tehran plans to go ahead with oil shipments to Venezuela after five Iranian tankers delivered oil to the South American country in late May.

Two of the sources claimed that the Islamic Republic’s policy on Venezuela is determined by Iran’s Islamic Revolutionary Guard Corps (IRGC) and that “this is a long-term strategic decision made by the state to expand influence”. Iranian and Venezuelan officials have not commented on the issue yet.
In terms of Iran’s oil supplies to Venezuela, one of the sources referred to Iran’s crude oversupply which reportedly increased to 172,000 barrels per day (bpd) in the first three months of this year.

“Iran’s gasoline oversupply equals 15 to 20 medium cargoes every month. Iran exports only five cargoes a month to Asia and Africa. So Venezuela is the only viable option”, the source argued.
One more source asserted that “for every single day that a refinery is shut down, the loss will be far greater than exporting cheap gasoline to Venezuela”, an apparent nod to Iran’s Persian Gulf Star refinery located in the port of Bandar Abbas.

The remarks followed IRGC chief commander Hossein Salami praising the Islamic Republic’s resolve to send fuel tankers to Venezuela in the face of US threats to take action against Tehran and Caracas.

“We showcased our might, and our biggest display of power was the imposition of our will [on the enemies] and the sailing of [oil tankers] through high seas from the Persian Gulf towards Venezuela”, Salami told reporters last week.

He spoke after Iranian Foreign Ministry spokesman Abbas Mousavi indicated Tehran’s readiness earlier this month to go ahead with its oil shipments to Venezuela if “Caracas demands more [such] supplies from Iran”, which is practicing “its free trade rights with” the South American country.

The statement was preceded by the five Iranian tankers, the Clavel, the Faxon, the Fortune, the Forest, and the Petunia, in May delivering more than a million barrels of oil to Venezuela, hit by a serious fuel shortage caused by US sanctions.

In a separate development last month, the Trump administration reportedly said that they were considering new sanctions and “other legal steps to disrupt Iranian oil exports to Venezuela”, in response to what Washington sees as Tehran’s attempts “to make inroads into Latin America”.

US Sanctions Against Venezuela

Washington started slapping tough economic sanctions on the Venezuelan economy, which is in the grip of an ongoing crisis, back in 2018 in an effort to topple democratically elected President Nicolas Maduro.

At the time, Washington moved to freeze the US-based assets of the national oil and gas company Petroleos de Venezuela (PDVSA) as part of its efforts to sanction the nation.

Caracas slammed the move as unlawful and accused Washington of seeking to get its hands on Venezuela’s oil reserves. The subsequent shutdown of many PDVSA refineries prompted Caracas to consider importing fuel.

Iran, in turn, is also now under US sanctions which were reinstated in May 2018, when President Donald Trump announced Washington’s unilateral withdrawal from the 2015 Iran nuclear deal, also known as the Joint Comprehensive Plan of Action (JCPOA).

The move led to growing US-Iranian tensions which exacerbated after top IRGC general Qasem Soleimani was killed in a US drone strike on his car at the Baghdad International Airport in early January, in an attack that was authorised by Trump.