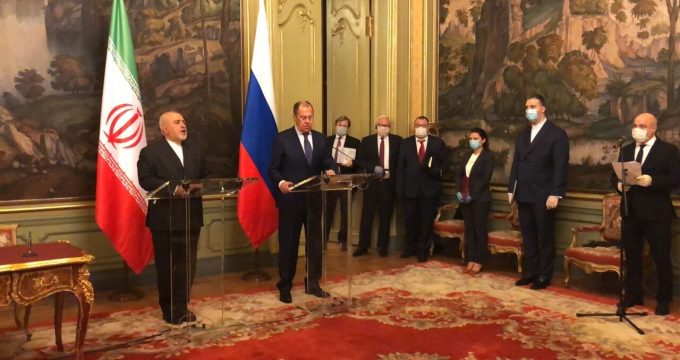 Al-Monitor | The Iranian foreign minister went to Moscow for help against US efforts to extend an arms embargo against Iran.

Iran’s Foreign Minister Mohammad Javad Zarif said his country will not allow the United States to manipulate the International Atomic Energy Agency (IAEA) as a tool to destroy the fragile Iran nuclear deal known as the Joint Comprehensive Plan of Action (JCPOA).

Standing next to his Russian counterpart Sergey Lavrov at a presser in Moscow, Zarif also took aim at the IAEA itself, warning it of an Iranian response if the agency takes “illogical” steps toward destroying the JCPOA. Zarif did not specify the nature of Iran’s reaction, but defended his country’s “transparent cooperation as verified” in 15 reports by the UN nuclear watchdog.

In its latest two reports, however, the IAEA has noted that Iran is blocking inspection at two of its nuclear facilities. The reports have prompted E3 nations — France, Germany and the United Kingdom — to draft a resolution at the IAEA Board of Governors, admonishing the Islamic Republic over the obstruction. Iran has slammed the move as “unconstructive” and a “mockery” of international nonproliferation regulations. The European powers have also urged Tehran to resume full compliance with the JCPOA. Iran