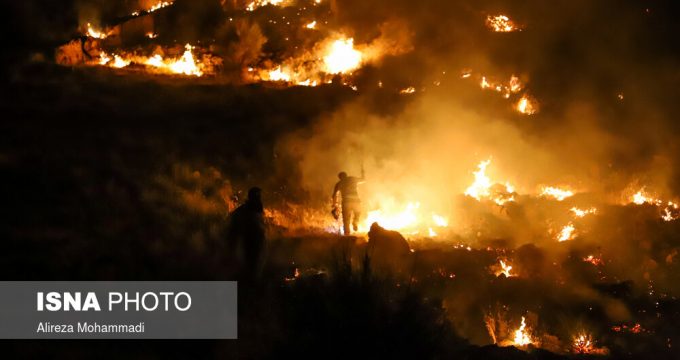 Wildfires broke out in southwestern Iran during the last week of May and clawed their path up north and west, spreading across much of the Zagros Mountains and leaving behind a trail of irreparable destruction to the already endangered environment.

The flames have died down, but there is a heated debate among Iranians about the wildfires. Were they a natural disaster or the result of arson? Who is to blame for the government’s slow response? What are the implications for the Iranian environment? And what could be done in the future to avert such a blow?

The Khaeez protected area in Kohgiluyeh and Boyer-Ahmad province was identified as the origin of the fires. Officials in the province announced that the initial flames were ignited by one of two local farmers engaged in a land dispute. The two, according to a local activist, were in custody no longer than one day.