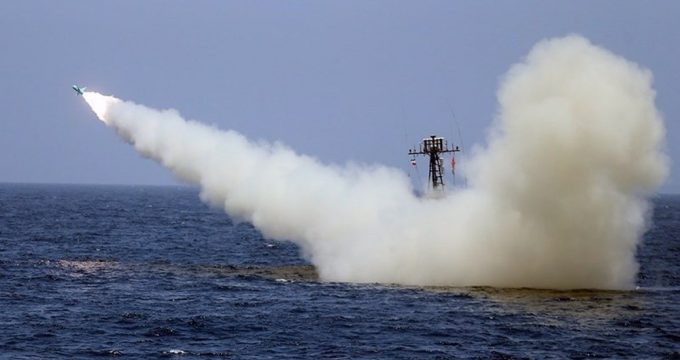 Iran’s naval forces have successfully tested new-generation cruise missiles — designed and developed by experts at home — during military drills in the Sea of Oman and the northern Indian Ocean.

President: Iran moving forward on path of progress despite coronavirus

Iranian President Hassan Rouhani said the outbreak of the coronavirus has not brought economic activities in the country to a halt, describing the inauguration of new projects as a testimony to Iran’s economic unfaltering progress.

Iran sees no change in its policy towards Syria: VP Jahangiri

Iran will send the black boxes from a downed Ukrainian airliner to Ukraine, Iran’s minister of Roads and Urban Development, Mohammad Eslami, said on Wednesday, according to the Tasnim news agency.

A host of ranking military officials of the Islamic Republic, including Navy’s first-in-command, have praised the new cruise missile test on Thursday.

Iran’s ambassador to the Vienna-based international organizations Kazem Gharibabadi in a message described Vienna as the last bastion of multilateralism saying unfortunately the IAEA board of Governors did not show enough prudence this week.

Iraqi PM vows to stand by Iran in hard times

Iraqi Prime Minister Mustafa al-Kadhimi said that Baghdad will stand by Tehran during the hard times as Tehran did the same.

Iran condemns US sanctions on Syria, vows to strengthen economic ties with Damascus

Iranian Foreign Ministry Spokesman Abbas Mousavi on Thursday condemned the US sanctions on the Syrian people, and said that Tehran will continue to strengthen its economic relations with Damascus.

Iran’s Health Ministry spokeswoman Sima Sadat Lari said on Thursday that some 87 more Iranians have died of coronavirus disease (COVID-19) over the past 24 hours.