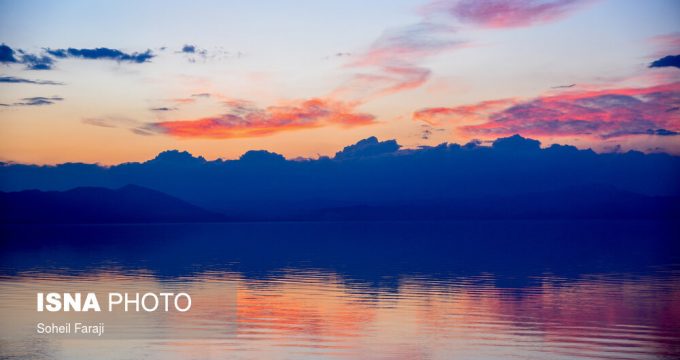 IRNA – The head of the provincial office of the Headquarters for Revival of Urmia Lake in West Azarbaijan province said on Tuesday that Urmia Lake has become 3,163 square km wide.

Speaking to IRNA, Farhad Sarkhosh said that volume of the lake has reached over 4,930,000,000 cubic meters, adding that the lake is now in good conditions compared with recent years.

Efforts are still underway for reviving the lake, he added.

Stability in level of the lake compared with the previous weeks indicates success for the Headquarters for Revival of Urmia Lake.

Lake Urmia, located between East and West Azarbaijan provinces, was once the largest salt-water lake in the Middle East. It is habitat to many migratory and indigenous animals, including flamingos, pelicans, egrets and ducks and attracts hundreds of tourists every year who had bathed in the water to take advantage of the therapeutic properties of the lake.

Urmia Lake began shrinking in the mid-2000s due to decades of longstanding drought spells and elevated hot summer temperatures. According to international statistics, the lake lost about 80% of its waterbed by 2015.

In a coordinated effort to save the lake in 2013, Iran started a joint project with the UN Development Program (UNDP) funded jointly by the Iranian and the Japanese governments. The revival efforts therefore focused on redirecting rivers to irrigate farmland, thus avoiding use of water from the lake, and the promotion of more sustainable farming methods.

The provincial environment officials hoped that the lake would reach its ecological level by 2025.