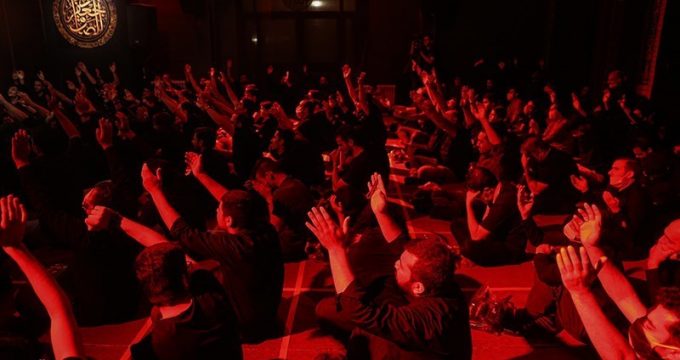 He had the longest life amongst the other eleven Imams (PBUH). Thus, he is also called as the Sheikh– ul– Aimue.

During the period when the Umayyad government was facing inutility and there was dispute and feud with the Abbasids, Imam Sadiq (PBUH) utilized this golden opportunity in the revival of the Prophetic customs, the dissemination of the Islamic culture and trained students who created epics in the Shiite history. During the said period, the theological university of Imam Sadiq (PBUH) consisted of more than four thousand students in the different field of Figh (Jurisprudence), Tafsir (Commentary) of Holy Quran, Kalaam, Hadith (traditions) and experimental science. It is noteworthy to mention that two of the Imams of the Ahl – e – Sunnat (i.e.) Abu Hanifa and Malik Ibn – e – Ana’s reaped from the harvest of the knowledge of Imam Sadiq (PBUH). In this regards, Abu Hanifa says, “If it was not for those two years (the period that Abu Hanifa was the student of Imam Sadiq (PBUH), No man would have been destroyed.”

It is for this reason that the untiring efforts, struggles and endeavors of Imam Sadiq (PBUH) in the revival and dissemination of the original Islamic culture became the cause for the Shiite creed being also called as the Jafari school.

A great jurisprudent of the Ahl – e- Sunnat Malik Ibn – e- Aues says about Imam Sadiq (PBUH) thus, “no eyes has seen and no ear has heard and on no human heart has passed to see a man in virtue, excellence and earning to be greater than Jafar ibn Mohammed (PBUH)”.

Abu Hanifa, one of the other four great Imams of the Ahl – Sunnat says about his holiness thus, “ I have not seen a man more learned and jurisprudent than Jafar Ibn Mohammed (PBUH)”.

Again, he says, “on the directive of Mansoor, the Abbasid caliphate, I prepare forty questions and went in the presence of Jafar Sadiq (PBUH) and asked him about the questions, he replied to all the questions. The answers were so excellent and profound that I had never heard them from any one until that time.”

With regards to the virtues qualities of Imam Sadiq (PBUH), it can be said: Respect and humbleness in front of the Almighty, bravery and courage in front of the merciless and the tyrants, helping the afflicted and the needy endeavoring and working for earning a livelihood, awe and dignity and perseverance and steadfast. To cite some examples:

1- One day, when Imam Jafar Sadiq (PBUH) was having spade in his hand and was working in the agricultural field and he was soaked in perspiration. During this time, Abu Omar Shaibani saw the holy Imam and said to himself: Maybe, the reason that Imam Sadiq (PBUH) is working himself with the spade in the field is that he is having no help. He told Imam ‘let me help you with the work’. The holy Imam replied, “No, I like that one should endeavor and struggle himself to earn his livelihood”.

2- It is reported from the wife of Imam Sadiq (PBUH) thus, it was the final hours of the life of Imam Sadiq (PBUH) when suddenly he opened his eyes and said to gather all his family members and near ones. When all of them had gathered around him, the holy Imam said, “Our (Ahlul Bait) Shafaat (intercession) will not reach to those who degrade and undervalue their prayers.”

Imam Jaafar Al-Sadiq (peace be upon him) lived with his grandfather, Ali the son of Hussein (peace be upon them) for 12 years, and another 19 years with his father. The duration of his Imamate and succession after his father was 34 years.

The red history of Shiite of Imam Ali (PBUH) proved that whosoever accepted the Islam minus the family of Imam Ali (PBUH) and struggled on its way did reach nowhere and was finally rendered despicable and helpless and at last turned into the tool of the hands of imperialists of the history.

It is you who make yourselves prosperous or unfortunate and miserable. Only you provide the grounds for your progress or your fall. Meaning thereby, it is you who can dismiss the rulers from the seat of power and do not accept cruelty and hand over the rulership to the men who are capable and sympathizers. The propagation and spread of this belief and idea, which was the same Quranic belief of the Muslims, displeased and annoyed al-Mansur, the second Abbasid Caliph.

Al-Mansur tried that he might arrest and stop the flow of this belief by propagation of negative values about morality and corruption of ideas and practices. Thus refrain the people from joining the school of thought of Imam Jafar as Sadiq (PBUH), which is the school of information, consciousness and movement.

Al-Mansur the second Abbasid Caliph employed scholars for the implementation of his aims so that they may make the people believe in the religion of suppression and constraint. That is to say, they wanted to mould the belief of people and make them believe that whatever poverty, woe, and oppression and excesses are going on, all these are from God and human being do not have any interference to reshape it. So that as a result of it the opposition, revolt and uprising are stopped.

People may tolerate the excesses and cruelties of the tyrant rulers and bear the punishments and whips of their criminal masters. They, instead of objecting upon them, may express Commendation and thankfulness. Evidently and clearly Imam Jafar as Sadiq (PBUH) could not watch the propagation of such a wrong and dangerous belief, which was given to the people and taught in the name of Islamic culture and beliefs. Imam Jafar as Sadiq (PBUH) laid the foundation of the Islamic University to combat against this dangerous imperialistic belief.

In a short span of time, he trained four thousand students in the field of Islamic culture and beliefs and spread them among the people to get the effects of the propaganda of the agent scholars, neutralized and defused.

Al-Mansur the second Abbasid Caliph’s Excesses over Imam Jafar as Sadiq (PBUH) Surprisingly, the Abbasid gathered the people around them on the pretext of taking the revenge of the blood of martyrs of Karbala and fight against the brutalities of Bani Omaiydes and remove and replace the Bani Omaiydes through the help of Iranians who were inclined to and loved the family of Imam Ali (PBUH) and also with the help of Abu Muslim Khorasani.

But instead of handing over the caliphate to the Imam of the age i.e., Imam Jafar as Sadiq (PBUH) they themselves overtook the government. From the year 132 Hijra the period of Omaiydes was discontinued. Two caliphs named ‘Saffah’ and ‘al-Mansur’ overtook power. The first one ruled for 10 years while the second for a period of 22 years. All the time they teased and annoyed the Imams and religious leaders continuously. Imam Jafar as Sadiq (PBUH) was under a severe stress and pressure during the age of al-Mansur. Even to the extent that sometimes the people were stopped from seeing him. So far so, that when a person named ‘Haroon’ wanted to see Imam Jafar as Sadiq (PBUH) and enquire the solution to a problem. He started thinking what to do to meet the Imam Jafar as Sadiq (PBUH). Suddenly, he happened to see a street hawker who was selling cucumbers. He came near him, purchased all the cucumbers, borrowed his old dress, put it on, and pretending to be a cucumber seller went to Imam Jafar as Sadiq’s (PBUH) house and questioned him about his problem, received the answer and returned.

1. One day al-Mansur wrote to Imam Jafar as Sadiq (PBUH) “why do you not come to see me like the others?” Imam Jafar as Sadiq (PBUH) wrote in his response: “We do not possess anything from the world so that we may be afraid of you for it (loss of it). You too do not possess anything for the justice day and the spiritualism so why must I come to see you?”

He sent a man named “Sheba” as the ruler of Medina to keep the activities of Imam Jafar as Sadiq (PBUH) under observation. He came to the mosque on Friday and after the prayers was over, seated himself on the tribune and started taking liberty and using foul language about Imam Ali (PBUH) and the family of the Holy Prophet Muhammad (peace be upon them). People who knew the Prophet’s family form a close quarter and loved them got extremely annoyed but they could not dare utter a word. At this occasion, Imam Jafar as Sadiq (PBUH.) got up and said, “Oh man! We deserve all those merits and virtues you have mentioned and you and al-Mansur deserve those demerits and vices you have spoken about.

Then he turned his face towards the people and said, “Do you know who will be the most of the looser on the day of justice, tomorrow. That person who sells his doomsday for the world (material gains) of the others and such is this corrupt ruler.

1- A Muslim who puts in endeavors to materialize the desire of his brother is like someone who performs holy war (Jihad) on the way to God.
2- Our intercession will not be extended to the one who is careless in performing prayers.
3- The fruit (result) of love and attachment with the world is inconvenience, trouble and sorrow and the result of piety and purity in the world is the comfort of body and soul.
4- How indecent is it that the powerful ones take revenge from the weak.
5- be benevolent to your father and mother so that your children may as well be benevolent to you.
6- Pray to God that your sustenance does not lie in the hand of people.
7- One who invites the people towards himself (leadership) and a person wiser than him is present among the people, has gone astray.
8- Three things are the signs of a hypocrite: While talking, tells lies. Does not fulfill promises and commitments. Embezzles the deposits of others.
9- Avoid being jealous of others because this will be the cause of your becoming away from God.