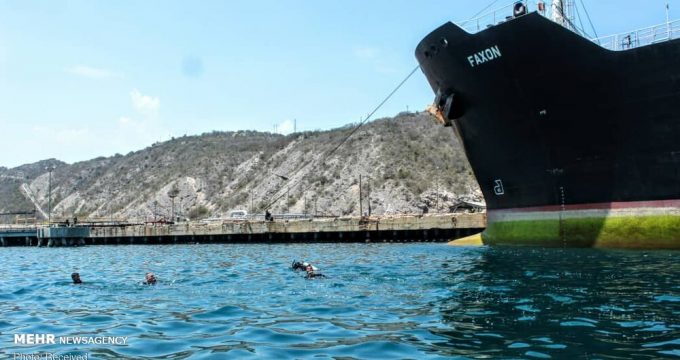 Radio Farda – Like its Latin American ally, Venezuela, Iran appears to be rebranding its crude oil destined for China in Malaysia to circumvent U.S. sanctions.

Data provided to Radio Farda by oil tanker tracking and intelligence firm Kpler indicates that Iran has suddenly increased oil exports to Malaysia since January. At the same time, official figures show a huge drop in Iranian oil exports to China in the first four months of 2020. This leads to suspicions that the oil destined for Malaysia actually ends up in China.

Iran has exported 2 million barrels of crude oil, worth between $60 to $70 million to Malaysia from January-April.

According to the same data Iran delivered another 7.1 million barrels in May as well, bringing the total oil shipments to Malaysia to 9.1 million or roughly 60,000 barrels per day.

Malaysia, however, has never been among traditional buyers of Iranian oil and the shipments are not reflected in the reports of the Malaysian Customs for this period.

In the first four months of 2019 Malaysia exported under 1.9 million tons of oil to China. However, the Chinese Customs statistics show that Malaysia has exported 6.2 million tons (equal to 377,000 barrels per day) to China in the four-month period in question. This is 3.3-fold increase compared with the same period in the previous year.

Last week in a special report Reuters said Venezuela, which is also sanctioned by the United States, is selling oil to China through Malaysia where the information on ownership and source are altered before shipment to make the oil’s origin appear to be Malaysian.

Between July 1 and Dec. 31 2019, tankers delivered at least 18 shipments totaling 19.7 million barrels of rebranded Venezuelan crude – representing more than 5 percent of Venezuela’s total exports in 2019 worth around $1 billion — to Chinese ports.

In the same manner, official statistics of the Chinese Customs indicate about 91,000 barrels of oil imports from Iran in the said four-month period while in the previous year this had been 561,000 barrels per day.

Before the reintroduction of U.S. sanctions in May 2018, Iran exported more than 2.5 million barrels of crude oil.