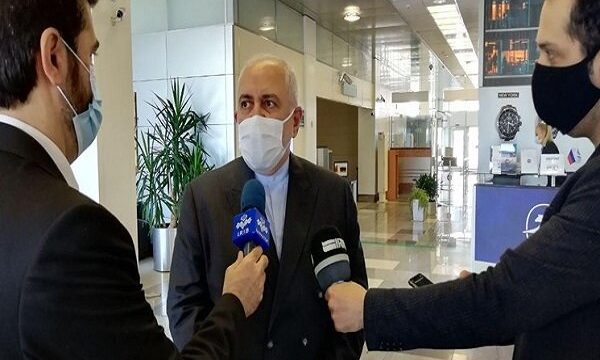 EU failed to pursue independent policy against US: Zarif

MNA – Iranian Foreign Minister Mohammad Javad Zarif said on Tuesday that Europeans have not been able to pursue an independent policy against the US regarding the Iran’s arms embargo.

He arrived in Moscow on Tuesday and referred to the purpose of his trip and US efforts to extend Iran’s arms embargo, saying, “Relations between Iran and Russia as two neighbors are strategic, and we need to be constantly consulting.”

According to Zarif, the special international situation at the present time doubles this need.

“As we have seen in recent months, the US has again shown that it is totally opposed to international agreements, and the US withdrawal from the World Health Organization was the latest example that the country turned into a political controversy in an attempt to cover up its weaknesses,” he added.

“The stance of Iran, Russia, China, and some other countries are exactly the same regarding Iran’s arms embargo. The Europeans are also very supportive, but they have so far failed to pursue an independent policy against the US, so we all need to continue the negotiations,” Zarif maintained.